I Will Continue to Canvass for Revival of Lake Chad, Says Buhari 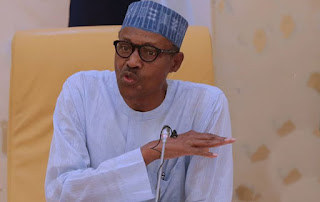 President Muhammadu Buhari Friday, in Abuja, said his administration would continue to champion the campaign for the revival of the Lake Chad and exert more commitment from the developed countries to do the needful.

The president, according to a statement by his Special Adviser on Media and Publicity, Mr. Femi Adesina, made the remarks during a courtesy call on him by the Nigerian Conservation Foundation (NCF).

Adesina said Buhari who was also invested as the Patron of NCF, said it was regrettable that the issue of the receding Lake Chad had not been addressed till recent times.
He quoted him as saying, ‘‘The problem of climate change is real. The desert encroachment is aggravating it. The population explosion in Nigeria is another big challenge.

‘‘The drying up of Lake Chad is a serious thing for Nigeria and the Lake Chad Basin countries. Nigeria is much more affected because fishing, animal husbandry and farming are affected very seriously.


‘‘We are trying to prick the conscience of the developed countries that have the resources and the technology to quickly execute the inter basin transfer from Congo Basin to Chad Basin.”

According to the statement, Buhari welcomed the advocacy by NCF on the need to protect endangered plants and animals in the country and directed the Federal Ministry of Environment to reflect this in its budgetary requirements in the next fiscal year.