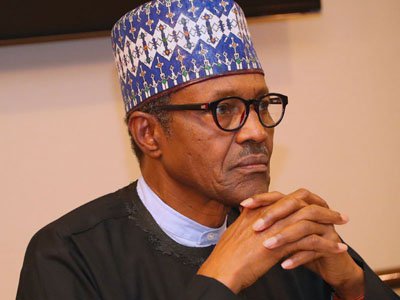 President Muhammadu Buhari: No fewer than 7,000 delegates from the All Progressives Congress (APC) ratified his re-election for a second term.

The Minister for Power, Works and Housing, Babatunde Fashola (SAN) says the South West has more to gain by re-electing President Muhammadu Buhari in the 2019 presidential election.

Fashola, who was in Lagos on Tuesday for the inauguration of 5000 foot soldiers for the campaign of Buhari and Vice President Yemi Osinbajo, said that the South West already had high stakes/appointments in the current administration.

He said that the promise of the Secretary to the Federal Government (SGF) slot by the Peoples Democratic Party (PDP) is not enough for the South West to lose the positions it is currently occupying.


The News Agency of Nigeria (NAN) recalls that Chief Gbenga Daniel, the Director General of the Atiku Abubakar Campaign Organisation, said that the position of the SGF would be given to the South West, if Atiku emerged as president in 2019.

“As a South West indigene, I will vote for the Buhari/Osinbajo ticket Westerner, because my people stand to gain more from it,” fashola said.

He said that the re-election of Buhari would guarantee that power would come to the South West in 2023.

“ The South West is presently occupying the position of the vice president. We have three sitting ministers and many different federal appointments from the present administration which we cannot afford to lose.,” he said.

The Minister explained that although the APC promised change In 2014, the party did not promise to do it in four years.

“The APC has done more in three years than 16 years of PDP administration, yet they say president Buhari is too slow.

“President Buhari is taking Nigeria to the next level. We are going to the Next Level.

“The 2019 presidential election is a choice between going back and moving forward to the next level and also a choice of whom Nigerians can trust with their money,” he said.

He noted that the APC-Buhari led administration has done more in three years with less money than the PDP with all the monies that accrued to the nation in 16 years.

“Buhari has inaugurated a structural infrastructure fund for road construction. N15 billion has been released for the continued construction of Lagos-Ibadan expressway.

“There is need for the progress to continue. Dubai was built with oil-money, Nigeria can be built with it too. The past administration squandered oil revenue.

“We have collected 690 containers for the construction of 90 transmission stations and through our policy of mini grids, our markets now have uninterrupted power supply.

“Electric generation has moved from 4000 Megawatts that we met to 7000MW. That’s an increase of 3000MW, an average of 1000MW a year. We have started an IPP in 9 universities in Nigeria. We have accelerated the distribution of meters by outsourcing it to distributors,” he added.