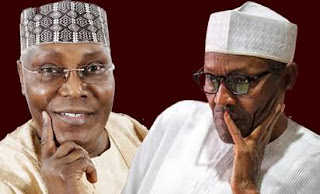 The governorship candidate of the All Progressives Congress in Kwara State, Alhaji Abdulrahman Abdulrazaq, on Friday said there was no basis to compare President Muhammadu Buhari with a former Vice President, Abubakar Atiku.

He was responding to the comment by the presidential candidate of the Allied Congress Party of Nigeria, Dr. Oby Ezekwesili.

Ezekwesili had described the APC and the Peoples Democratic Party as a single party fielding one candidate she termed “Butiku.”

She had urged Nigerians to reject the two parties’ candidates, no matter their branding, while alleging that Buhari’s government was corrupt.


But Abdulrazaq said Buhari had made giant strides in repositioning the country and improving the lot of the people.

Speaking to journalists in Ilorin, the Kwara State capital, he claimed that those who constituted a setback for Buhari’s “lofty change agenda” had left APC.

Abdulrazaq said, “There is no comparison (between Buhari and Atiku). A clear message was sent when the President went to Kaduna on Tuesday. The reception was overwhelming.”