Dokpesi must explain N2.1bn he received from Dasuki – Court 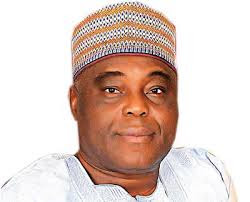 The Federal High Court in Abuja on Wednesday struck out the no-case submission filed by the media mogul, Chief Raymond Dokpesi, and his Daar Investment and Holdings Company Limited, and ruled that they must explain the N2.1bn they allegedly received from the Office of the National Security Adviser in 2015.

Justice John Tsoho ruled that the defendants, who are the founder and the parent company of African Independent Television and Ray Power Radio, had a case to answer in respect of the money laundering and procurement fraud charges.
‎
Relying on the Supreme Court’s decision in a similar case involving a former National Publicity Secretary of the Peoples Democratic Party, Chief Olisa Metuh, Justice Tsoho ruled that the prosecution had led prima facie case warranting the defendants to explain their own side of the story.

The judge ruled, “I am guided by the decision of the Supreme Court’s decision in Metuh Vs FRN and hold that a prima facie case has been made against the defendants.


“This is not a stage to evaluate the evidence of the prosecution.

“The no case submission filed by the defendants on June 19, 2018, is struck out.

“The defendants are hereby invited to explain their own side of the story.”

The Economic and Financial Crimes Commission, had in the seven counts of money laundering and procurement fraud it instituted against the defendants, accused them of fraudulently receiving the sum of N2.1bn from the ONSA between January and March 2015.

The defendants had, however, through their lead counsel, Chief Kanu Agabi (SAN), filed their no-case submission after the prosecution called 14 witnesses, urging the court to dismiss the case on the grounds that the essential ingredients of the alleged offences were not proved.

The defendants for whom Chief Mike Ozekhome (SAN), appeared on Wednesday, had also argued that
the prosecution failed to lead any evidence linking them to the alleged offences.

But the prosecuting counsel, Mr. Oluwaleke Atolagbe, had opposed the application, urging the court to dismiss it and call on the defendants to enter their defence.

He held that at the stage of no-case submission, the court was not expected to determine whether or not the guilt of the defendants had been proved, but only determine if any admissible evidence no matter slight had been led against the defendants.

‎The judge however described as “instructive” the analysis of the case made by the prosecuting counsel, who contended in his written submission that Dokpesi and his company reasonably ought to know that the sum of N2.1bn was part of the proceeds of Dasuki’s illegal activities.