Dogara reveals one thing Buhari should do for National Assembly 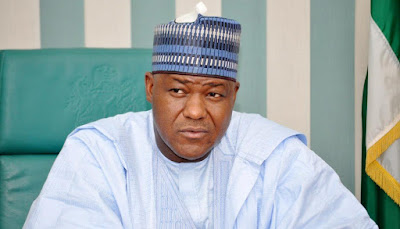 Speaker of the House of representatives, Yakubu Dogara has called on the President Muhammadu Buhari government to collaborate with the National Assembly towards timely completion of the permanent site of the National Institute for Legislative Studies, NILDS.

The building has been under construction since 2011.

The Speaker made the call during an inspection tour of the edifice, along Airport Road, Abuja.

The details of the event was forwarded by his Media aide, Hassan Turaki.

Dogara, who expressed satisfaction with the quality of work done, however, blamed poor budget implementation for the slow pace of work, asking for the replication of same executive-legislative partnership that facilitated the completion of EFCC complex.

He said, “We were here in 2016, and as we can all see and attest to, once it’s (JB) you know that it is Julius Berger. Even though it may cost a little more, but in terms of quality and delivery you cannot complain. You see how beautiful the edifice is looking even though we are not yet at even 95% completion but almost all of the beauty of the place is already visible. So I believe that this represents the kind of prestige that we want associated with this Institution that is already attracting attention from our sister countries, even from sub-Saharan Africa . We have taken students from diverse countries and we hope that by the time we complete this building it will improve on the prestige of the Institution and obviously the hardware is not as important as the software as the quality of delivery of the Academic Staff is what is attracting people to this Institution, and I believe that this can only spur them to greater heights. Especially if we’re able to complete it in good time.

“Obviously as we all know, except we want to pretend, funding has been a very serious challenge even in the national budget, in most cases only 30% of Capital projects are executed nationally and this is not an exemption or an exception.

“So it is the issue of funding that is the problem. I remember that we had this sort of challenges with the EFCC Headquarters which was commissioned earlier this year and until we put the right focus there to insist that for anyone who wants to visit Nigeria and see how we fight corruption, their first point of interface is for instance the EFCC and they tend to look at the type of environment where their operatives operate from, and where they were wasn’t that befitting.

“So our attention was on that building and by the Grace of God, the Executive working with the support of the National Assembly were able to get the funds in good time for them and they sent Julius Berger to complete the EFCC Headquarters, now their attention should move here”.

“The truth that we have always said is that if democracy is based on the Rule of Law; it therefore means that for you to have a robust democracy, your Laws must be robust, and in a situation where you don’t have an Institution like this that models Parliamentarians and even some of our staff, you discover that the Laws would be shallow and at the end of the day, democracy itself would be shallow.

“So if we want to deepen democracy, we have to deepen Institutions like this, and not only in terms of attracting students from other countries so that we can pass our own democratic experience to them, but timely analysis of Bills, in getting Legislative Aides to actually know what they are supposed to do, not to come and be hangers-on in the National Assembly.

“If you go to the Institution of Parliament in the United States, you would see that on almost every topical issue that are discussed on the floor of the Congress, there are perhaps different researches that are captured from different Professors within the U.S, so a Parliamentarian can just log unto it and bring out the statistics, but in Nigeria we don’t have all those things, so it means we have to train and retrain our staff so that they are equipped with the right tools to help the Parliamentarians in discharging their responsibilities and I believe that if we complete this Institution we would be really doing the work of democracy, it would help in translating our Laws into living Laws in the sense that they can be applied to challenges that may arise, that may have not even been contemplated at the time the Laws were crafted.”