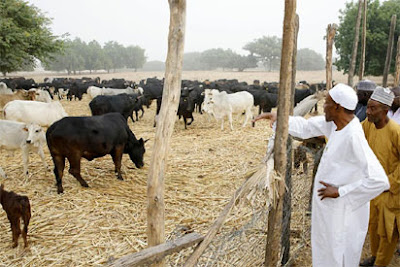 After his military career and subsequent adventure into politics, President Muhammadu Buhari won the love of many Nigerians hence his fanatical followers. But now, the Nigerian leader surely has fanatical aides, one of whom is his aide on social media, Lauretta Onochie.

Although one may easily conclude that Onochie’s obsession for showcasing the president as a man of the people is simply, because of her job prescription, but for those familiar with the presidential aide, she is a true convert of the president, who believes Buhari has done more than enough to market himself for re-election.

Thus, at every opportunity, Onochie takes to the social media to list what her principal achieved in various sectors. It was no wonder that recently, when the Alhaji Atiku Abubakar Campaign Organisation alleged non-performance on the part of President Buhari, she was quick to come out with another long list contained in a statement, where she enumerated 64 achievements of the government in the agricultural sector.
As a foundation for all other things done in the sector, first, she noted that the anti-corruption drive of President Buhari has blocked exogenous leakages in the agricultural sector to encourage, empower, and enhance the locally made farm produce thereby increasing Nigeria’s internally generated revenue (IGR) index and foreign exchange capacity as well as reserve to over $45bn in cash and bonds.

According to her, the home grown feeding programme, designed to end importation and market monopoly of farm produce that could be grown here in Nigeria, is a pilot vehicle to sustainable economic, agricultural, academic and job creation across the length and breadth of the nation.

Other very important developments she noted included the inauguration of the Standing Inter-Ministerial Technical Committee on Zero-Reject of Agricultural Commodities and Produce/Non-oil Exports in Nigeria; Nigeria benefitted from 13.1billion Euros honeybee project and commencement of steps to improve the standards of Nigeria’s agricultural exports to align with global standards due to the rejection of our produce at the EU border controls by developing standards and quality control measures.

“Under President Buhari administration, at the end of 2016, agricultural goods as share of total trade got N212.73bn and 4.02 per cent and agricultural goods exports were 2.7 per cent higher in Q4 2016 than Q3 2016, Sesame seeds contributed N6.46billion to agricultural product exports in the fourth quarter of 2016. In 2017, and first, second and third quarters of 2018, the agricultural sector has continued to contribute to Nigeria’s GDP.

She is optimistic the agricultural universities coordinating agency is being revitalised as stipulated in the enabling Act, and that it would work closely with the Nigerian University Commission and development partners to re-focus the universities of agriculture in the country to continue to boost the sector.

In her views, the Livelihood Improvement Family Enterprises (LIFE) programme initiated by the Buhari administration to bring life back into rural communities through the empowerment of youth, women and other vulnerable groups across the country would actualise its mandate and further help in agricultural production.

The Anchor Borrowers Programme (ABP) of the Central Bank of Nigeria under the Buhari-led administration has made available N82billion in funding to 350,000 farmers of rice, wheat, maize, cotton, cassava, poultry, soy beans and groundnut; who have cultivated about 400,000 hectares of land. There has also been provision of agricultural credit for financing the production of rice, wheat, ginger, maize and soybeans in Kebbi, Niger, Kaduna, Kano, Enugu, Benue, Zamfara, Anambra and Kwara States.

The administration has established 40 large scale rice processing plants and 18 high quality cassava flour (HQCGF) plants with a stake commitment of China EXIM (85 per cent) and Nigeria Bank of Industry (BoI) (15 per cent) through concessional credit facilities of US$383,140,375.60 for the rice mills and US$143,722,202.40 for the HQCF plants.

Added to that, through the Ministry of Agriculture, the government is distributing rice mills of ten tons per day capacity, 20 tons a day, 40 tons a day, 50 tons and a few 100 tons. This is to collectively increase the capacity for rice milling a day nationwide and it is expected to close the gap between paddy availability and mills to process it.

“Under President Buhari, the Bank of Agriculture (BOA) has been strengthened for improved delivery of services through consolidation and recapitalisation in collaboration with the Bureau of Public Enterprises (BPE) to ensure loan disbursement at a single digit interest regime in the agricultural sector as obtainable in developed and emerging economies.

“Now, the government is embarking on National Soil Map Data, and the aim is to use soil-specific fertiliser formulations and application in prescribed dosages based on soil types, and the government has signed an agreement with Morocco to supply fertilizer, raw materials on concessionary terms to boost local blending that will facilitate the production of soil and crop-specific fertilisers,” she said.

Other things according to her is that government was facilitating timely access of farmers to appropriate quality seeds, local and international seed trading, National Irrigation Policy and Strategy designed to overcome the irrigation challenges and established a N50 billion mechanisation fund to facilitate the second phase of Agricultural Equipment Hiring Enterprise (AEHE) to roll-out 6,000 tractors and 13,000 harvest and post-harvest equipment units across the country.

The administration has assessed the status of infrastructure in all the 12 River Basin Development Authorities (RBDAs) and as such, commenced immediate and effective use of the facilities for commercial farming, tractors and Implements have been rolled in parts of the country to support targeted commodity value chains.

Worried about the rising spate of hostilities and attendant insecurity arising from clashes between farmers and nomadic herdsmen, the Buhari administration has commenced efforts towards resolving the conflicts through the provision of 55,000 hectares of land by 11 states as part of the 5,000 hectares each expected from the 19 northern states for the development of pasture/paddocks grazing reserves.

The list of these achievements and the ripple effect is almost endless but in totality, there is a conspicuously growing positive effect in the agricultural sector that presidential aides as Onochie are proud of.

In conclusion, the Buhari-led administration will boast that it has cut down on imports of agricultural products due to self-sufficiency in food production and consumption and it consequently created jobs. The PFI alone has created over 60,000 direct jobs and even a higher number of indirect jobs. The bag-making sector of the economy has been boosted, with over 10m packaging bags produced exclusively for PFI.

*Akpude is a public affairs analyst based in Warri, Delta State