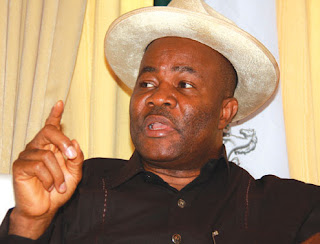 Former Senate Minority Leader Senator Godswill Akpabio yesterday warned that there are forces trying to truncate the President Muhammadu Buhari administration, even before the 2019 presidential election.

Akpabio said the development is the plan of majority of those that recently defected to the People’s Democratic Party (PDP).

The senator, who vowed to make sure that Buhari is re-elected into office in 2019 through a free, fair and credible election, attributed his decision to leave the PDP for the All Progressives Congress (APC) on the basis of national interest.

The former governor of Akwa Ibom during an interview with reporters in Abuja on the state of the nation, said his projection is that in spite of the political rigmarole, aliment and re-aliment, 2019 victory belong to the APC “and most especially President Muhammadu Buhari will be retuned for the second term in office”.


He said: “I am saying so because God loves Nigeria. This is a man, who has tried for so many years to be President of this country under democratic dispensation. At a time he said he was no longer interested. But from nowhere again, a lot of people came together from People’s Democratic Party (PDP), some from Action Congress of Nigeria (ACN), some from his party, the Congress for Progressive Change (CPC), and they went back to appeal to him to come.

“He came in spite of his resistance and then confusion entered into the PDP family and God is a master planner and from here and there, Buhari emerged president of Nigeria. Atiku and others will be defeated in 2019.

“When he emerged President, the incumbent President, then Goodluck Jonathan, did not wait for the final result of the election. He called Buhari and congratulated him. And Nigeria had a very smooth and peaceful transition.

“I believe that in 2015, we all had our chooses but God had his way. And also when God has a hand in something, I do not think he is the master of uncompleted projects. I believe that God completes projects.

“This is not a decision of man, it was the decision of God and I believe God will give him strength and you can see the calibre of political personages that he has continue to attract despite the rigmarole by some members of the same political party, the APC.”

On why he defected to the ruling party, Akpabio said: “I left PDP for national interest. And I keep re-emphasising that word, in the national interest. Because I believe that the nation has to survive first before we can have election. But if you saw what was going on in the country, there were forces to truncate the administration of President Muhammadu Buhari, even before the election.

“But these actions were also capable of bringing democracy to an end. The intension then was to crash the government before even the election. Major forces, including state governors of the APC extraction were defecting to the PDP. And this was capable of destroying the polity.

“So, there was the need for us the people who have stake in the country to come out and stabilise the polity before the election. That was why I defected to APC in the national interest.

And I said I will like to join the conspiracy where we conspire to end Boko Haram, to bring peace to the Southeast region and put an end to IPOB, to see to an end of militancy and vandalisation of pipeline, to bring employment to Nigerians and not to converge to bring down any government.”