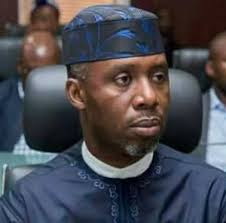 The Chief of Staff and son-in-law to Governor Rochas Okorocha of Imo state, Uche Nwosu has dumped the All Progressives Congress for the Democratic Peoples’ Party, (DPP).

According to information gathered by Naija News, Nwosu, some members of the state house of assembly, as well as some of Governor Okorocha’s aides, defected on Tuesday.

Their defection is reportedly linked to the fall out of the APC governorship primaries in the state in which Nwosu failed to emerge as the party’s gubernatorial candidate.

Recall that as earlier published by Naija News, Okorocha only recently, declared his support for Buhari and the APC in the 2019 general elections, stating that he remains a member of the party.


The governor was however quick to mention that he would work for the victory of Nwosu as the next governor of the state in 2019 even as he pursues his own dream of becoming a senator representing Orlu Senatorial District on the platform of the APC.

Okorocha while speaking with newsmen at the Imo state government house had said; “What happened in Imo was a clear case of injustice, where Uche Nwosu won the primary and was robbed of the ticket. This injustice must be addressed. However, in spite of the fact that my aides are leaving the party, I am still a member of APC and will not leave the party.

“I tried to persuade them not to leave, but they have made up their minds. I have done what I can to make them remain in the party, they disobeyed me. I don’t have any moral justification to stop them.

“President Buhari is not behind the injustice done by the party in the state but Oshiomhole is solely responsible for all the injustice meted to my people in Imo State.

For me, I am still a member of APC. Buhari still remains my candidate and I will support him.”