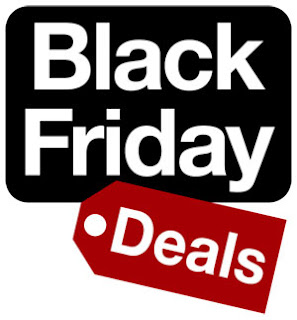 Monitoring the black Friday conversations on social media, most Nigerian online shoppers revealed lack of trust, as they believed many e-commerce companies offering Black Friday sales were doing so simply to boost their sales without really offering great discounts to buyers

A tech blogger, Wale Ladipupo said the concerns of customers were reasonable since the major platforms had given online shoppers several reasons to be suspicious of their Black Friday deals.

He also mentioned cases where Black Friday prices of products seen online were significantly higher than the price of products in stores.

However, in spite of these concerns, major Nigerian e-commerce companies have continued to announce bigger sales each year and they’ve made Black Friday sales a month-long event.

“We’ve had situations where prices of products are jacked up few days before Black Friday only for the added amount to be removed and they say that was a great Black Friday deal.

“Consumers are not stupid, we can see what they are doing,” he said.

A Twitter user with the handler, @Punmba tweeted that she believed the domestic version of Black Friday was a scam. “Several e-commerce companies use some ploys to cheat users when sales happen.

“One interesting ploy allegedly being used is that these platforms inflate prices just before Black Friday and then reduce them when sales are on.

“This tactic gives the illusion that prices were actually slashed to make items cheaper for customers,” @Punmba tweeted.

Femi Vaughan on twitter also said that one factor that has negatively affected Nigerian Black Friday sales was the economy.

”Due to the harsh realities of the Nigerian economy, most users would rather save than spend heavily during Nigerian Black Friday,” he said.

The News Agency of Nigeria reports that the Nigerian version of Black Friday sales started online in 2013.