Why I took back property I gave to APC – Mama Taraba 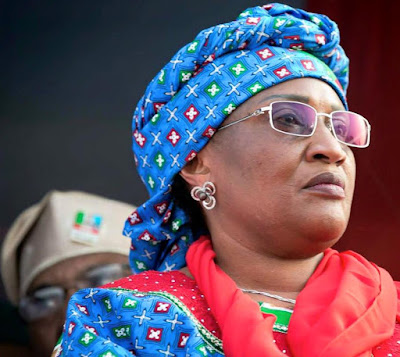 The former Minister of Women Affairs and Social Development in the present administration, Aisha Alhassan, a.k.a Mama Taraba, has revealed why she allowed her supporters take back property she donated to her former party, the All Progressives Congress, APC.

The former Minister said it was not wrong because of the level of injustice they meted to her.

Alhassan last month decamped from the APC to the United Democratic Party, UDP.

She said she never ordered the removal of the donated items, but however, gave the nod when her supporters insisted.

“I did not even give the directive but when they called and told me that was what they wanted to do, I gave them the go ahead,” she told reporters in Jalingo

“There was no point stopping them because of the kind of injustice the party meted on me. If I had left the party freely, I could decide to leave the items there but you know the circumstances.

”I bought the items to furnish the Secretariat and now that I have moved on to the UDP, it is not out of place that I move with what belongs to me.”