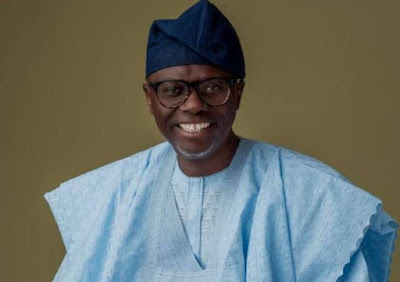 
Sanwo-Olu who has been publicly endorsed by the National Leader of the APC, Senator Bola Tinubu, after the poll on Tuesday night, praised governor Akinwunmi Ambode for allowing the direct primary to ‘come to stay.’

“I think it is important that I also thank the executive governor of Lagos State, Mr Akinwunmi Ambode for a good fight. I want to thank him for giving us the opportunity, to let this direct primary come to stay and we were able to have it.

“I want to thank him. I want to wish him the very best in the remainder of his tenure as the executive governor of Lagos State,” Sanwo-Olu said in the video.

Sanwo-Olu also appreciated his supporters and Lagos residents promising that he will not take them for granted.


“You have all worked tirelessly for the level we are now. I am indeed grateful and appreciate all your efforts.

“Lagosians, with what you have done for me, I cannot take you for granted. I will cherish it for the rest of my life.”