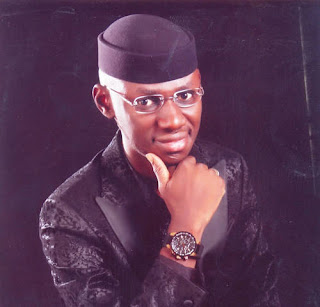 Former Deputy National Publicity Secretary of the All Progressives Congress (APC) Comrade Timi Frank, has reacted to the independent day broadcast delivered by President Muhammadu Buhari, saying it failed to inspire and uplift the Nigerians spirits.

He believes that the speech did not only wasted precious time of Nigerians but a stale rhyme the APC government has been singing over the three and half years.

Frank observed that such independent day speech should have been soul lifting, set many in political bondage free and show practical demonstration to the plights of Nigerian workers but the reverse was the case.

In a statement he signed on Monday to condemn the President’s early morning national address, Frank said one would have expected President Buhari to announce good news his government has recorded in education, health facility, Science and technology, respect for rule of law and good working relationship with Judiciary and legislature.


To mark independent of Nigeria, Frank also said the President would have made his intention on the clamour for new minimum wage known to Nigerian workers, release the likes of El-zazzaki, Sambo Dasuki and many others from political detention.

“I watched the President Buhari ‘s #NigeriaAt58 address and wondered how our leader could be so divisive and uninspiring on a day like this,” Frank said.

He said compare to speeches of the founding fathers of Nigeria, Buhari’s address has taken the nation far back to colonial era, adding that the country is currently at the cross road.

On the electoral process the President spoke about, Frank wondered how “both local, international observers and other international communities would condemn the recent shame, called elections in Ekiti, Rivers and Osun but President Buhari did not see anything wrong in it because he is using the INEC to rig elections in his favour.”

Frank was also surprised that President Buhari failed in his address to speak about the current tag that Nigeria is now the capital of poverty in the whole world.

While expressing pained over what he called directionlessness which he said has charactersed the Nation’s political leadership, he added that “the country’s GDP under President Buhari remains low due to lack of production and capacity of the current leadership while our population continues to rise astronomically. Nigeria’s per capital income remains one of the lowest in the world.

“Our country has been listed as having the highest number of poor people in the world under President Muhammadu Buhari. The painful implication is that Nigeria is today the capital of poverty in the world under the APC government.”