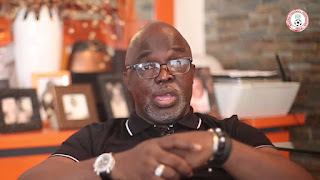 Pinnick expressed the hope on Friday in Uyo after playing in the maiden novelty match between SWAN Selected team and Akwa Ibom Sports Arena team.

The NFF president said he decided to honour the invitation to play in the match having in mind that if he failed to do so it could be taken as if he got hamstring injury or simply refused to participate.


Pinnick, who played in the colours of SWAN Selected side throughout the second half of the match, described sports journalists as critical elements in Nigerian football reportage.

“We believe in working together. It has been an amazing support from sports journalists. One day we will win the World Cup.

“Football knows no home turf. If you are a good team and on a good pitch, you can win anywhere.

“What you do today is exemplary, I wish we had started it earlier than now

“I promise that whenever we have a home game and we are on a training pitch and there is flood light, we will always do it again and again.’’

NAN reports that the sports journalists led 2-0 in the first half of the novelty match before the homers which had Nse Essien, a state legislator representing Onna State Constituency, reduced the tally.

The SWAN Selected added the third goal to lift the maiden trophy.

The match was organised ahead of Saturday’s Africa Cup of Nations Qualifier (Match Day 3) between the Super Eagles of Nigeria and the Mediterranean Knights of Libya.