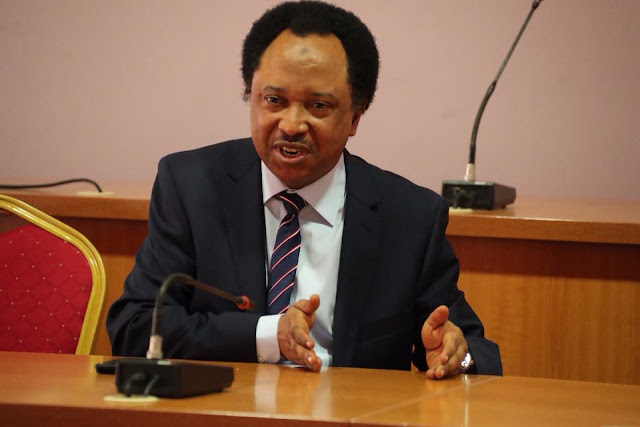 Sani, who recently left the APC for the Peoples Redemption Party (PRP), urged Sylva to escape from the ruling party.

The Kaduna lawmaker on his Twitter page wrote: “Bro Timi, make you just take style escape from that place,make suffer no come finish you there.

“Anyway they don hear your threat,but nothing go happen,just take the next canoe and go home.”

Sylva in a statement signed by his Media Assistant, Julius Bokoru had earlier denied speculations making the rounds that he was on the verge of dumping the APC.

Sylva described the report as inconsequential.

The statement read: “Ordinarily, Chief Sylva would have stepped over this most mundane rumour cooked by the basest of minds but for his teeming supporters, members of the All Progressives Congress and the good people of Bayelsa State who this rumour is aimed at let it be established that Chief Timipre Sylva is firm of the APC and nurses no plan to leave the party to any other party, least of all the PDP which is floundering and churning in the throes of its last days.

“Chief Sylva cannot leave the APC, a party he has joined in building, in both state and national, to the very top of political and governmental efficiency.

“The purported defection of Sylva which they announced through their Facebook hirelings in August had to be recycled in October, just like the ridiculously untrue story of the 48 houses they keep recycling every year.

“The fact is not lost to Chief Sylva that this latest defection story coincides with the so-called defection of a certain Nathan Egba who was neither a member of the APC nor a man with any bit of political relevance.

“Chief Sylva urges his supporters, members of the APC and the good people of Bayelsa State to remain steadfast as this current darkness will soon give way for light.”