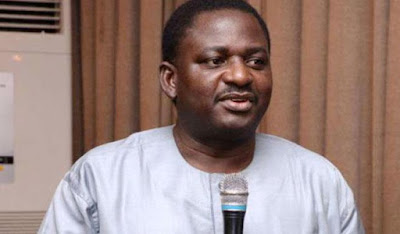 Femi Adesina, the Special Adviser to President Muhammadu Buhari on Media and Publicity, has faulted reports by Transparency International, about corruption in Nigeria.

Adesina stated this when he appeared on Channels Television’s special Independence Programme on Monday.

The presidential spokesperson was asked about Nigeria’s fall from 136 to 148 on Corruption Perception Perception Index (CPI) for 2017, two years after the Federal Government started its anti-corruption war.

“We have spoken many times about that ranking and my position is that that ranking is not strictly about government, it is about Nigeria and her people.

“And if things do not seem to have worked as they should work, the people also have part of the blame,” he replied.

The Presidency had rejected the Corruption Perception Index when it was released in February and Adesina suggested it would not be taking such reports seriously.

“As much as I respect Transparency International, I don’t think we necessarily need them to authenticate what is going on in the country; because we, Nigerians, know that there is a war against corruption ongoing and that war is succeeding.

“There are strides being taken. It may not be there yet, and we are not there, but we are on the way there. So, let no agency from any part of the world come to think that whatever it says is the gospel to us,” Adesina added.