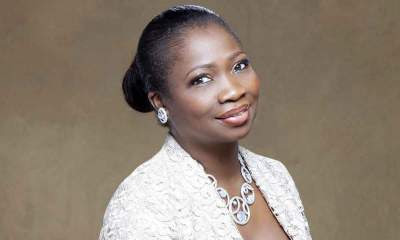 The presidency has reacted to the viral video of Kano State Governor, Abdullahi Ganduje, allegedly receiving bribe amounting to about $5million from contractors in the state.

A sting operation by an online newspaper that captured the governor on camera was said to have began two years ago when one of the contractors agreed to plant spy camera on his kaftan while offering the bribe.

During the about 10-month effort to capture the bribe giving/taking scenes, the governor’s face and body were reportedly clearly captured in nine clips, while six others did not clearly reveal the governor’s face. About $5m dollars were said to be delivered to the governor in all.

However, the clip stirred reactions online as some Nigerians described the development as a “shame to the Buhari led administration,who claim to be fighting corruption.’

But, reacting, the Senior Special Adviser to the President on Diaspora & Foreign Affairs, Abike Dabiri-Erewa, said the video was suspicious.

On her Twitter page, she wrote, “No audio?? Suspicious.”

Responding to a user, who asked if CCTV had audio? she said, ”You are obviously ignorant. The report said the person who recorded hid the camera in his cloth, in this political season, don’t get carried away with anything and everything. Think.”