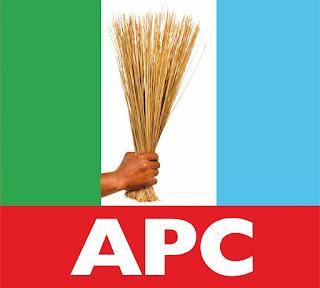 Confusion over the weekend trailed the primaries of the All Progressives Congress, APC, in Ondo State as parallel National Assembly candidates emerged in the party.

This came as a group within the APC in the state has called for the dissolution of the state executive committee for insubordination to the party’s national leadership of the party and anti-party activities.

Despite the return tickets given to the serving senators by APC’s National Working Committee, NWC, the party in the state said it conducted a fresh primary where new candidates emerged.

The NWC had given automatic tickets to Senators Ajayi Boroffice, Yele Omogunwa and Tayo Alasoadura to represent the North, South and Central senatorial districts of the state.


Also, House of Representatives candidates, who emerged from the Boroffice faction include Afe Olowookere, Bamidele Baderinwa, Kolawole Babatunde, Gani Muhammed and some House of Assembly members.

In a statement, Senator Boroffice’s loyalists claimed  he won the party  ticket with 64,300 votes from the 72 wards in the senatorial district being the sole contestant in the election.

It said that officials of the Independent National Electoral Commission, INEC, monitored the primary election in Ondo North Senatorial district, adding that the result sheet was signed by the Chairman of APC Primary Election Committee in Ondo State, Mr Abuh Andrew.

But the state chapter of the party, in another statement, said that after a primary was conducted; Lucky Ayedatiwa, Tayo Alasoadura and Dr Tunji Abayomi emerged to represent the South, Central and North senatorial district of the state.

However, despite being schemed out of the senatorial primary, Mr. Olabimtan has promised not to dump the party.

In a statement, Olabimtan said the primary has “come and gone but the ripple effects of the games, intrigues and highhandedness of the various actors linger.”

The former speaker said: “As tribulation mounted, I soon realized that there were two ways in which I could respond to the situation; either to react with bitterness or seek to transform the tribulation into a positive force.

“The last 72 hours has been tense for me and my supporters, especially on the way forward. As a committed party man, my words are my bonds.

“I gave my words during the campaign that no matter the outcome of the exercise, I will stay and work for the success of the party.”