9:30 AM Mystique 0 Latest News in Nigeria 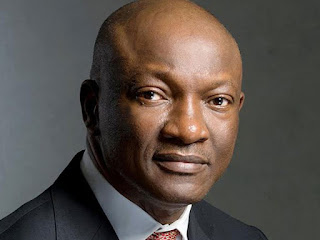 The Governorship candidate of the Peoples Democratic Party, PDP, in Lagos State, Mr. Jimi Agbaje, has said the state is important to Nigeria’s development that an individual would continue to determine who governs it.

He also promised to empower the local government system to deliver service for the people of the state.

In a statement, Agbaje said that rather than a few people with vested interests determining who governed the state, the onus lies on the people to elect their leaders.

The statement reads: “As Governor, what I will do is use that exalted Office to make sure the Government of Lagos State works for the people of Lagos State, minimizing waste and focusing on areas critical to the welfare of all Lagosians.


“On any occasion I will welcome your questions and do my best to answer them, so you will have no doubt of where I stand on issues important to you.

“My government will be a government of minimal interference, influence, so as to enable the free market flourish and run based on the forces of demand and supply.

“One man should and must not determine the person occupying Alausa. The fate and direction of everyone living in Lagos should be determined by all who live in this great state.”

“Thus we must have a Lagos that recognises what it needs and a Lagos that encourages qualifications in those areas, driven right through the educational system.”