No plan to impeach Lagos gov for now - Speaker 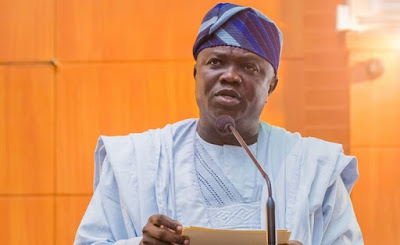 The Speaker of the Lagos State House of Assembly, Mudashiru Obasa, says there is no plan to impeach Governor Akinwunmi Ambode.

Obasa, who stated this during the Monday plenary of the Assembly, said those that said he threatened to initiate impeachment proceedings against the governor if he failed to open the state’s treasury, were imagining things.

He said. “This allegation is frivolous and misleading. We need to clear the air on this fabrication that has been making the rounds both online and other media outlets that the Assembly is planning to impeach the governor.

“For now, the House is not planning to impeach Governor Ambode and if this will happen, it has to be done the right way.


“We don’t need wailers to tell us how to go about our legislative duties. We are not planning to impeach Governor Ambode and even if the house is planning to do that, it won’t be done in secrecy as impeachment is constitutional and democratic.”

Obasa, however, said there was nothing of such for now as the House was working hand-in-hand with the governor to move the state forward.