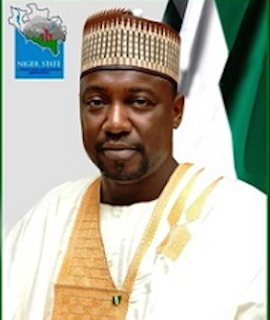 The Niger state governor Abubakar Sani Bello has granted an unconditional pardon to four prison inmates on death row and two others convicted and kept in prison custody.

He also commuted the death sentence of 20 inmates to a various term of imprisonment, discharged 40 others and ordered payment of fines for 221 convicts held in various prisons across the state.

In a message to Nigerlites to commemorate Nigeria’s 58th independence anniversary, Governor Sani Bello said the gesture is in the spirit of the season and by the virtue of the powers vested in him by section 212 of the 1999 constitution(as amended).

In this wise, Mr. Governor has directed the Office of the Attorney General as well as the Niger State Council on Prerogative of Mercy to give effect to the pronouncement.


While felicitating with all Nigerians on the occasion, Governor Sani Bello reassured the citizens that his administration remains resolute and focused to work for the progress and development of the state in line with the visions of our nationalists who fought for liberation and sovereignty of the country.

He stated that the state government has remained committed to good governance for the collective good of the people which is why the administration has challenged opportunistic tendencies, corrupt practices, and mismanagement in governance.

“We are committed to making our state better than yesterday so that tomorrow will be more comfortable for ourselves and the next generation”.

Governor Sani Bello reiterated his call for the people to resist any overt or covert attempts by individuals and or groups to cause disharmony in the state as we enter into the next phase of state and national political activities.

Mr. Governor also called on politicians and political parties to play by the rules and avoid unduly acts of disturbance that could infringe on the right of others adding that, although democracy admits protests, rallies, and demonstrations it also ensures that they are done responsibly and peacefully.

“Niger State is the only state we have and it is greater than any individual or political leaning. The interest of the state must, therefore, come first in all considerations and its survival and prosperity must be above any personal interest”.- Governor Sani Bello.

He thanked members of the All Progressive Congress (APC) for affirming his candidature to contest the 2019 governorship election in the state and for their abiding faith, honesty, and loyalty to the party.