New minimum wage: NLC reveals what increment of workers salary will do to economy 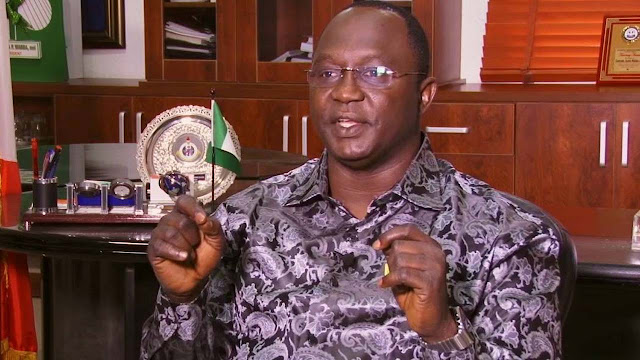 The President of the Nigerian Labour Congress, NLC, Ayuba Wabba, has said that the proposed upward review of workers’ minimum wage will boost the country’s economy rather than trigger inflation.

He stated this in Delta State while addressing newsmen on Thursday.

He was in the state as a Special Guest at the 6th Quadrennial National Delegates Conference of the National Union of Hotels and Personal Services Workers.

He said that the assertion that an increase in workers’ salary would lead to inflation was not true.

“It is not true and has no empirical bases that an upward review of minimum wage would trigger inflation in the country.

“This is because when the minimum wage was increased in 2011, in fact, the inflation rates went down.

“Go and look at the records and the data, it would rather boost the economy because it would increase the people’s disposable income.

“You remember that in the midst of recession in the U.S., one of the strategies President Barrack Obama used to boost the economy of the country was to increase the minimum wage.

“This, because as at that time, production was going on; people didn’t have money to purchase and what he (Obama) did was to increase the minimum wage and there was money; General Motors started to produce and people were able to buy.

“In the World Bank report of recent, it has been proven that when there are money in the hands of many it is a means to addressing poverty.

“Therefore, in the context of Nigeria, it is very clear and proven that once you are able to remove many of our people out of poverty, their will be a boost in our economy.

“This is because those at the lower echelon that are receiving N18,000 cannot afford good meals, that is the reality and truth.

“On cost of governance, if you remember, the first engagement NLC had in 2016 was a national rally for good governance and the fight against corruption.

“Minimum wage has international dimension, and that is why it is a convention of the International Labour Organisation (ILO).

“The ILO convention 131 is the law about minimum wage and that is why even in the most capitalist economy, you have the minimum wage law.

“Minimum wage is to protect the vulnerable group from exploitation, because if you have the minimum wage, you can pay higher but you are not allowed to pay below.

“There are lots of evidence-based approach to look at the positive side of the minimum wage increase in Nigeria.

“Why many states, including the Federal Government, are complaining on the issues of ability to pay is due to high cost of governance.

“In a particular state recently when we were arguing on the ability to pay the minimum wage, N10 billion was used to charter flight in that particular state, so we must look at it from diverse ways the challenges we are having,” he said.

He said that if it was true that Nigeria belonged to the third world country and as such, its people would continue to be impoverished, “how come that members of the National Assembly receive the best salaries in the world ?

“If the minimum wage of a local government councillor is N200,000, we must be on the same page and we must argue on the bases that all of us are Nigerians and we go to the same market.

“These are the realities, nobody says that there is no challenge but we need to put the challenge on the table side by side.

“When the earnings of political elites were reviewed in 2008, it was reviewed by 900 per cent but what was the minimum wage in 2010, put it side by side and then you will have answers for what will justify what the minimum wage stands for,” he said.

On the ongoing wage negotiation, Wabba called on government and employers of labour to respect the will of the workers. He said that Organised Labour had initially proposed N65,000 based on reality and empirical data but that at the negotiating table, the parties presented their arguments and had arrived at a minimum wage of N30,000.

“In fact the employers proposed the N30,000 as minimum wage on Oct. 5, that is the truth and truth exalts the nation.

“We have put the government on notice that come Oct. 30, we shall sensitise the people and if nothing happens on Nov. 6, we shall declare a nationwide strike,” Wabba said