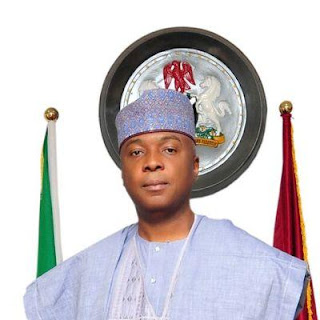 Some Senior Advocates of Nigeria have called for a judicial intervention to determine the fate of the President of the Senate, Dr Bukola Saraki, and the Speaker of the House of Representatives, Mr Yakubu Dogara, on whether they should continue to be presiding officers of the National Assembly as members of the minority Peoples Democratic Party.

The senior lawyers also said demanding their resignation or plotting their impeachment from outside the National Assembly would not lead to a solution.

They further stated that under the current presidential system of government practised by Nigeria and in keeping with the provisions of the 1999 Constitution, only senators and House members were legally empowered to remove their presiding officers.

The SANs, who spoke with journalists ahead of Tuesday’s (tomorrow) resumption of the National Assembly, argued that “outsiders” calling for the resignation or impeachment of a presiding officer were merely expressing personal opinions since, by law, they had no voting power in the National Assembly.


One of the lawyers, Paul Ananaba, (SAN), said, “The issue of resignation is left to an individual to decide whether he wants to resign or not. Impeachment has a procedure in the constitution. So, nobody should put pressure on them since they are not infants. Saraki and Dogara are knowledgeable enough to know what impeachment or resignation means.

“If anyone feels that they should resign and they have not resigned, the person should head to court, not to put them under pressure. There is no provision of law requiring them to resign or leave their seats because they left one party for another.

“In any case, there are crises in the political parties, which in themselves are sufficient grounds for defection.

“What I will say is that it lies with the members of the National Assembly to decide on their own to take any actions against their presiding officers, not outsiders.

Another SAN, Ahmed Raji, explained that the courts must first resolve whether there were divisions in the political parties, as grounds for defection.

He added that when this was settled, the courts would again decide whether a change of party must mean that the presiding officers should vacate their positions.

Raji argued that in a presidential system, resignation or impeachment was not necessary because the survival of the government did not depend on the number of members it controlled in the legislature as was the case in a parliamentary system.

He said that the government would continue to run services whether the PDP or the All Progressives Congress controlled the legislature.

“In any case, why is it that members of the Executive, like the governors, can cross to other parties as they wish but the lawmakers can’t cross? Does that make sense?

“Whether the entire members of the National Assembly move from APC today to another party, it will not affect (President Muhammadu) Buhari; he will remain the President. The Executive and the Legislature should both be allowed to defect since majority or minority membership does not really affect the tenure of the government in a presidential democracy.”