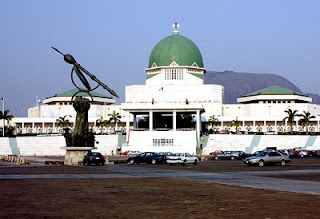 Members of the House of Representatives will suspend legislative activities for one day on Tuesday (today) to mourn their late colleague, Ms Funke Adedoyin.

The members had gone on annual recess since July 24 and were to resume fully today after the primaries of their political parties ahead of the 2019 poll.

However, while they were on recess, Adedoyin from Kwara State died of the cancer-related ailment on September 28.

A former Minister of State for Health, the late Adedoyin, who was 54, also served as the Deputy Chairman, House Committee on Army till she died.


Findings showed that members would merely resume, register and adjourn sitting immediately after holding a prayer session in honour of their departed colleague.

One source explained that “It is the tradition of the House to mourn a departed colleague by suspending legislative activities. She died while we were still on recess and Tuesday (today) will be the first plenary after her demise.

“In line with our tradition, the plenary and other activities will be suspended till Wednesday as soon as resumption formalities are taken.”

The Chief Whip of the House, Mr Alhassan Ado-Doguwa, confirmed to The PUNCH that proceedings would be suspended to honour the late member.

“Obviously, yes,” Ado-Doguwa stated in a response to inquiries by newsmen.

Meanwhile, members of the Parliamentary Democrats Group have called on their colleagues in the All Progressives Congress to forget any plan to seek the removal of the Speaker, Mr Yakubu Dogara, on account of the latter’s defection to the Peoples Democratic Party.

The PDG advised members to focus attention on pressing national issues such as the pending N143bn budget for the 2019 polls than bother themselves about Dogara’s seat.

The spokesperson for the PDG, Mr Timothy Golu, who spoke on behalf of the group ahead of today’s resumption of members, noted that the seat of the Speaker belonged to the entire House and not reserved for a particular political party.

He stated, “Our attention has been drawn to statements credited to the All Progressives Congress, that the Speaker should vacate his seat as he is occupying a usurped position.

“We want to again state categorically  that any attempt to instigate crisis or undermine the authority, right or position of the Speaker will hit a brick wall.

“The position of the Speaker does not belong to any political party as he was elected by members from all the political parties as provided for in the 1999 Constitution.”

Speaking with one of our correspondents on the telephone on Sunday, Vice-Chairman of the Senate Committee on Media and Public Affairs, Senator Ben Murray-Bruce, said there would not be a crisis in the chambers until the APC lawmakers create one.

He said, “We have no knowledge about that (renewed leadership tussle). We are very happy with our leadership. If the APC wants to introduce drama into our normal proceeding, there is nothing we can do until they introduce the drama. They have not told us that they would create a drama, so you are the one speculating.”

Murray-Bruce also said the lawmakers would give some pending legislation a special attention after resumption.

Before the holiday began, the lawmakers were working on the Electoral Act 2010 Amendment Bill, the budget of the Independent National Electoral Commission and security agencies for the conduct of the forthcoming elections, among others.

These Murray-Bruce said were topping the priority list of the National Assembly.

“I have not seen the Order Paper (for Tuesday) but all these issues you have raised are Number One on our priority list of what needs to be done. Yes, these are the issues we want to focus on as soon as we get back (to work). I don’t know what we can accomplish on Tuesday but definitely, the INEC budget, the Electoral Act, and works like that are what we can’t to focus on,” he said.