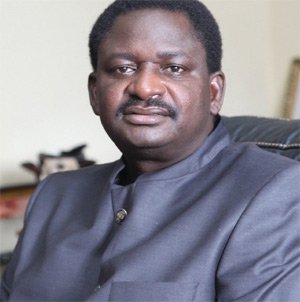 The Nigerian Labour Congress has been at loggerheads with the federal government over a demand for an increase in the minimum wage.

Labour has rejected the proposal of the federal government to raise the minimum wage from N18,000 to N24,000.

Speaking during a Channels TV programme on Thursday, Adesina said even if public office holders sacrifice their entire pay, that will not still make such minimum wage achievable.

“So if they can’t pay N18,000 and labour is asking for N30,000 and they refuse to come lower, there may be a stalemate which will not be good for the country,” he said.

“I think in the spirit of negotiation, labour should not insist on N30,000.”

Asked if the political class “especially members of the All Progressives Congress (APC)” agreeing to reduce their salaries will not make the new minimum wage demand possible, the presidential spokesman replied: “I doubt.”

“Even if they decide not to collect anything, it still doesn’t take care of N30,000 minimum wage; it doesn’t.

“Maybe if the members of the national assembly concede part of their salaries and allowances, it can make a dent on minimum wage. But other office holders dont earn anything outrageous.”