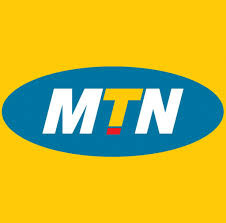 The Federal High Court in Lagos has fixed December 4, 2018, for hearing in the suit filed by MTN Nigeria Communications Limited to challenge the  $8,134,312,397.63 being demanded by the Central Bank of Nigeria over the alleged forex remittances.

The Attorney General of the Federation, Mr Abubakar Malami (SAN), who was joined as the 2nd defendant in the suit was absent and was not represented in court.


While adjourning the suit till December 4, 2018, for the hearing of all pending applications, Justice Saliu Saidu directed that hearing notice should be served on the Attorney General of the Federation.

The telecommunications giant is urging the court to declare that that “the 1st defendant’s decision in its letter of August 28, 2018 with Ref No GBD/GOV/COM/DGF/118/121 addressed to the plaintiff and titled, ‘Investigation into the remittance of foreign exchange on the basis of the illegal capital importation certificates issued to MTN Nigeria Communications Limited’ was reached in breach of the plaintiff’s right to fair hearing.”

The firm wants Justice Saidu to hold that the CBN “lacks the power to determine the civil obligations or penal liabilities of the plaintiff.”

It is urging the court to declare that the CBN acted ultra vires its statutory powers when it wrote the August 18 letter to it demanding a refund of $8.1bn.

The firm wants the court to hold that the $8.1bn demand was “illegal, oppressive, abusive, unauthorised and unconstitutional.”

It also wants the court to void the September 3, 2018, letter written to it by the AGF demanding $8.1bn as “penalties for the offence of ‘infraction of forex remittances’.”