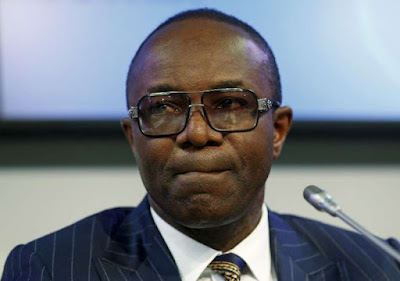 lbe Kachikwu, minister of state for petroleum resources, says Nigeria has the strongest economy in Africa.

He described the country as the most profitable investment destination in the world.

Kachikwu made the remark during the Nigerian oil and gas core strategic investors’ meeting in the US.

The meeting is aimed at presenting investment opportunities in Nigeria’s oil and gas industry to investors in the US.

The minister urged the diasporas of Africa to come into the country and form permanent partnerships by investing in “very critical areas” of the economy.

He assured them that their investment would be safe and would yield an average of 25 percent on a yearly basis.

“Infrastructure is key, the oil sector alone has infrastructure deficit of over 30 billion dollars to get us to where we should be,” he said.

“We need to be able to supply gas sufficiently to power the entire country, and if we succeed in doing that over the next 10 year-period, we would have a very booming economy.

“Nigeria still has the strongest economy in Africa but we could double that, we could become quite frankly what America is to the entire American diasporas for Africa.

“So I invite you to a country that has its challenges but has huge opportunities probably the only country in the world where the average returns on investment is in excess of 25 per cent a year.

“This is massive. So the returns are heavy, the resources are there and there is a huge opportunity to playing in the field.

“It is now time quite frankly for a lot of us who sit here as investors, as players, to begin to look to the country of the future – Nigeria.”

He harped on the need for a strong focus on local refining of crude oil, especially among private oil companies, adding that any country which fails to do so is in the next few years would face “massive problems”.

“So quite frankly, there’s an urgency of yesterday for Nigeria to move into the forefront of leadership both economically and politically in Africa and we need to begin to push that,” he said.

“I’ve sent out a very loud message out there that over the next four to five years, whether or not I’m there, the reality is that oil companies that fail to focus on local refineries, we are going after them.

“And as you are here and producing the oil, the price is going to be the same so we are not saying people should discount.

“But you must put that oil in there, create jobs, because any member of OPEC who in the next few years cannot refine most of its oil, is going to have massive problems.”