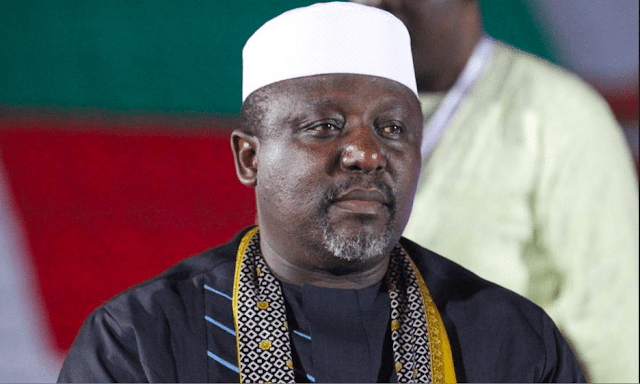 The Governor of Imo State, Rochas Okorocha, has set up a vote protection unit, ahead of the rescheduled All Progressives Congress, APC, governorship primaries in the state today.

The Governor announced this while addressing thousands of his supporters at the Government House, Owerri on Friday.

Okorocha yesterday led 9 governors of the APC in a meeting with the National Chairman of the party, Adams Oshiomhole, to discuss the crises over primaries in some states, including Imo.

According to him, the move to set the vote protection unit was, “to ensure that every vote counts during the election and that the sanctity of the ballot box was maintained.”

Okorocha said that the unit will be coordinated by the former deputy chief of staff operations, Kingsley Uju.

He told the teeming youth to get involved in the process because it’s their future he is trying to protect.

Tension had gripped the state after the botched election, which was twice postponed following the claims by both factions of the party – the coalition and the Dan Nwafor led state executive that their candidates had won the election.

The controversy was generated by the chairman of the electoral panel, Ahmed Gulak, who disappeared midway into the process and announced Hope Uzodinma as winner of the election.

But other members of the committee led by the Secretary, Henry Igbahadon, later announced Uche Nwosu as the winner.

However, the NWC of the party wielded the big stick and cancelled the two results, declaring them as fake.