Ian Wright reveals how Mourinho has helped Emery at Arsenal 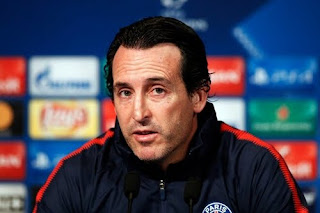 The Red Devils are currently sitting in eighth position in the Premier League having lost three of their first eight games of the season.

It has been a different story so far at the Emirates, with the Gunners winning nine consecutive games to climb to fourth place in the top-flight.


And the former Arsenal striker now believes that the turmoil at Old Trafford has helped his former club and Arsene Wenger’s successor.

“Arsenal fans have not had too much to thank Jose Mourinho for over the years. But for once, they have every reason to be giving the thumbs up to the United boss,” he told The Sun.

“And while they are at it, Manchester City chief Pep Guardiola and Jurgen Klopp at Liverpool have done the Gunners a bit of a favour as well.

“OK, it has hardly been through choice, certainly in the case of Portuguese Mourinho.

“But between them, those three allowed Unai Emery to stay in the shadows for the start of his Arsenal reign.

“All the spotlight for the past month has been on Mourinho. Before that it was very much on how Guardiola and Klopp were going to battle it out for the Premier League title.

“And that meant Emery could largely get on with it at the Emirates without the glare of the spotlight on his every move.” He said.