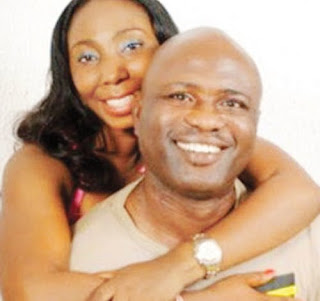 Lekan Shonde, a dock worker accused of killing his banker wife, Ronke, at their Egbeda, Lagos, home, yesterday, told an Ikeja High Court he did not kill her.

He made the denial under cross examination by the prosecuting counsel, Mr. Y.G. Oshoala, before Justice Josephine Oyefeso.

Shonde said: “I did not kill her. I didn’t have any reason to kill her because we had resolved the matter that night.”

He opened and closed his defence yesterday. He was led in defence by his counsel, Chief Robert Clarke (SAN). He was a lone defence witness.

Oshoala told the defendant his usual habit was to carry the deceased and hit her against the wall, adding that he had displayed an intention to deal ruthlessly with the deceased.


He said: “I put it to you that she was going to divorce you and that was why you beat her up.”

But Shonde denied the claims, saying: “Adunni (the name he fondly called the deceased) never said such thing to me.”

He said he did not go to his in-laws’ home until after “two or three days” after the incident because his father and some people told him if he did, they would not spare him.

The defendant said instead, he surrendered himself to the Rapid Response Squad (RRS) after he was declared wanted.

Answering a question by the prosecution, he denied taking his wife’s phone.

Asked to read a portion of the statement he gave the police, marked exhibit P1A, Shonde claimed to have a poor vision and that he had no eye glasses.

Still under cross examination by the prosecution, he said he was surprised that the autopsy report showed evidence of haemorrhage; that the deceased’s brain was “heavy, swollen and filled with water and other signs of violent attack, particularly around the neck.”

Opening his defence, the defendant had accused his wife of having extra-marital affair.

Earlier, while being led in defence by his counsel, Chief Clarke, he said his wife called him that fateful day and told him to buy moin-moin and eko on his way from work, which they would eat that night (May 6, 2016).

“When I got home, I headed for the sitting room and heard Adunni speaking on the phone, talking to one Kayode. She said: ‘Kayode, you are sweet. What did you use in sleeping with me?’

“I slapped her from behind, I was at her back. She surged forward, fell and hit her head on the ground. Later, she stood up and held me. She said she was sorry,” Shonde told the court.

He said his wife later went inside to change and had her bath. He said she came out to serve their dinner.

Shonde said he took the moin-moin with gari, while she took hers with eko.

He said because there was no electricity, his wife went downstairs to play with their neighbours, while he went to bed.

“Later, I came out and saw her lying on the couch. I said ‘Adunni, why are you lying there’ and she said she would join me later.

“In the morning, when I was going out, she was still lying there. So, I dropped money for her for fuel. We have two keys. I used my own to lock the door and went to my work place”, the defendant told the court.

He said one of his cousins came to his work place and informed him that his father wanted to see him, adding that he got to know what happened when he arrived their family home at Ladipo.

Shonde told the court that when he slapped his wife from the back, their two children did not witness it, as they were sleeping.

Justice Oyefeso adjourned the matter till November 30 for adoption of written addresses by the counsel.