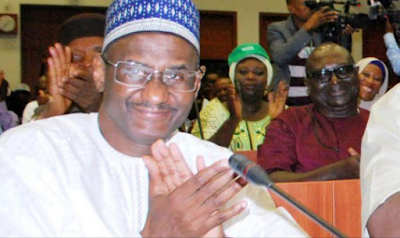 Critics of the president have accused him of shielding Usman Yusuf, executive secretary of the scheme, who has been involved in different controversies since he assumed office in July 2017.

Last week the NHIS board also suspended Yusuf over alleged corruption but he described the action as illegal, saying only Buhari had the power to do so.

Subsequently, he returned to office under the protection of the police.

Shehu said regardless of the allegations against Yusuf, the ES has prevented the usurping of public funds.

He alleged that the NHIS had been “ethnicised and politicised by some interest groups within and outside the agency”, asking if Yusuf’s suspension followed due process.

“Did the board follow due process in suspending this gentleman? There are opinions that said `no they haven’t’,” Shehu said.

“Again we all have to do the right thing all of the times. I don’t deny the fact that there is a lot of work to do. The fact is that the whole thing about the NHIS has been ethnicised and politicised.

“Even a political party was issuing a statement on matters that are unknown to it. I’ll tell you one thing, as we speak now, you know that no matter whatever mistakes this gentleman may have made, and that is to be proven because I don’t have the records to say yes or no, he has launched a major reform in that institution.

“Well, there is no double standard there either than to say that the pictures that the government is looking at many Nigerians perhaps may not be seeing those pictures.

“Money from the NHIS is not money belonging to government, is money taken from your salary, from my salary. If we have been enlisted, we are supposed to get treatments when we fall ill then you should ask the question in 13 years of the NHIS how many Nigerians have received the treatments.

“Yet you have HMOs, these vendors, taking N5 billion every month, money that is just being shared and somebody came and said, `look, this can’t go on’ and with strong support from this administration the N5 billion has been reduced to N1.3 billion.

“And even at then, the administration is not satisfied. We want to see healthcare delivered to the citizens of this country. So there is a lot of work to do.”

He, however, said Boss Mustapha, secretary to the government of the federation, and Adewole have intervened in the crisis with a view to resolving the issues.