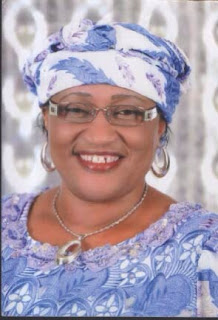 Immediate past Minister of Women Affairs and Social Development and the governorship candidate of the United Democratic Party in Taraba, Senator Aisha Alhassan, on Monday received 50,000 supporters of the All Progressive Congress into UDP.

At an event held at the Unity Hall in Jalingo, Alhassan assured the defectors of justice and equal treatment in the UDP.

Leader of the defectors and former chieftain of the APC in the state, Uba Mairiga, said the injustice meted to him and his supporters in the APC was the reason they dumped the party.

Mairiga, who contested for Jalingo II State Constituency in APC but lost out in the primaries, also submitted his UDP nomination form to contest for the seat.


“Due to unfair treatment and injustice against me and my supporters, I have decided to leave the APC with over 50,000 of my supporters to the UDP.

“My supporters and I have left APC and would work for the success of the UDP at all levels in the state,” he said.

Meanwhile, Taraba State Governor, Darius Ishaku, has congratulated the Wazirin Adamawa, Atiku Abubakar, on his election as the presidential candidate of the Peoples Democratic Party.

In a statement signed by his Senior Special Assistant on Media and Publicity, Mr. Bala Dan Abu, Ishaku said the former Vice President’s victory was well deserved and a product of his determination and desire to serve his country.

While praising the patriotism of the delegates, the governor lauded the maturity and the spirit of sportsmanship of all the other aspirants towards the party’s presidential candidate and for pledging to support the winner.