Free meals for Ekiti pupils as from December - Governor Fayemi 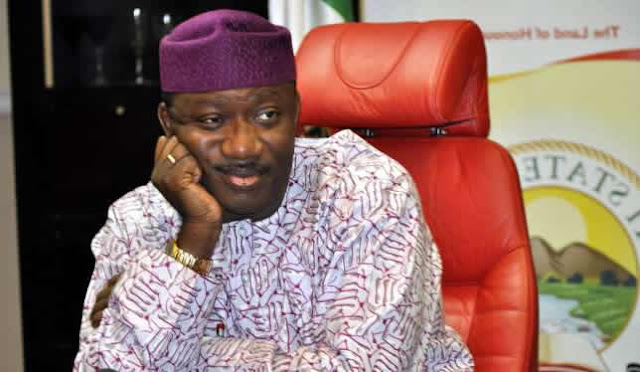 Ekiti State Governor Kayode Fayemi yesterday ordered an immediate cancellation of the education development levy imposed by the last administration on pupils across the state.

The governor also said pupils in public schools will begin to enjoy free meals before December.

He wondered why underage children should be made to pay levies when their parents are paying taxes.

According to him, government will not add to the burden of the already traumatised parents as a result of the harsh economy and unpaid salaries inflicted by the last administration.

Fayemi broke the cheery news at the town hall meetings in Ekiti North and Ekiti South senatorial districts as part of activities marking his inauguration.

The governor promised that workers will henceforth get their salaries on time while efforts will be made to clear the arrears owed them and retirees.

Fayemi said the cancellation of fees and levy imposed by the last administration was meant to bring relief to parents and make education more accessible to the indigent and the less-privileged.

The governor noted that it is wrong, ungodly and immoral to owe workers and still ask them to pay levies and fees for their children.

The move sparked outrage across the state.

The Catholic Diocese of Ekiti sued the Fayose administration and lost at the State High Court, but it is challenging the verdict at the Court of Appeal, Ado-Ekiti, where judgment is yet to be entered.

Fayemi said he had been inundated with text messages, since he was sworn in on Tuesday, as party members were asking when the caretaker committees would be constituted at the local government levels.

The governor said the welfare of Ekiti people is paramount to him, promising that priority would be given to the payment of arrears of workers’ salaries.

He said: “As we are taking care of politicians, we must also take care of workers. That is why we have now cancelled all fees and taxes paid in our schools.

“You cannot owe salaries and also compel them to pay their children’s school fees. During our first tenure, our people enjoyed free education. Before December, our children will be enjoying free meals in our schools.

“An old person asked me at Isan after the swearing-in of Tuesday, when the payment of monthly stipends to the aged persons will commence.

“I have given my word that the social security for the elderly will return. But we will first examine our books and know the state of our finances to know when it will start. But it will not take so long.”

He canvassed unity among All Progressives Congress (APC) members to go into next year’s general elections as a united house and a formidable force.

The governor advised the party’s candidates to be magnanimous in victory and work with the losers ahead of the general elections.

Fayemi counselled APC primary winners to visit those they contested against and mend fences with them.

He stressed that the winners are candidates of the party and not his (Fayemi’s) candidates, hence all hands should be on deck to ensure their victory.

The governor emphasised that the APC must win all the 26 House of Assembly seats, 6 House of Representatives seats and three Senate seats at the general elections.

Fayemi urged Ekiti electorate to vote massively for President Muhammadu Buhari to enable the state enjoy many benefits from the APC-led Federal Government.