FG speaks on fake prophecies, what prophets should be doing for Nigeria 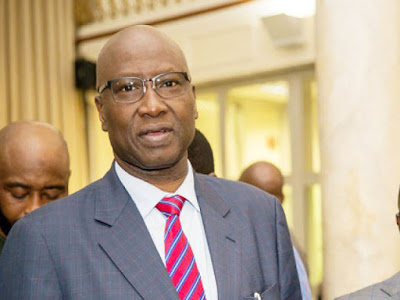 The Secretary to the Government of the Federation (SGF), Boss Mustapha on Tuesday condemned negative prophecies by some prophets in the country.

Mustapha, speaking in an interview with the News Agency of Nigeria (NAN) in Abuja, said Nigeria needs genuine prophets to stand on its behalf and guide the nation on the path of righteousness.

According to him, the primary responsibility of a prophet is to give guidance, direction and correction to the nation and the church, not create fear in citizens.

According to the SGF, “A true prophet of God will be committed to speaking God’s truth. He or she will never contradict God’s revealed Word.

“A true prophet will say, like Prophet Micaiah just before his fateful confrontation with Ahab, As surely as the Lord lives, I can tell him only what my God says.

“We are living in a time in Nigeria where we need God’s power, when God’s purposes must be accomplished through “shaking” and protective prophecies.

“The ministry of the pastor is very important at this point in time because God cannot act, without first giving a warning through His prophets.

“Surely, the Sovereign Lord does nothing without revealing His plan to His servants and the prophets.

“God cannot shake a nation until He has announced it through His prophets.Isaiah’s ministry, for example, touched on both the present and the future.

“Prophets have the task to faithfully speak God’s word to the people, they are instrumental in guiding any nation to the path of righteousness and establishing the church.”

Mustapha stated that some of them also addressed their words to foreign nations and they demonstrated the ministry of a Prophet to Nations.

He urged prophets in the country to come together and proffer direction and correction from God that would bring lasting solution to challenges facing the country.

This, he said, was better than predicting death to the citizens.