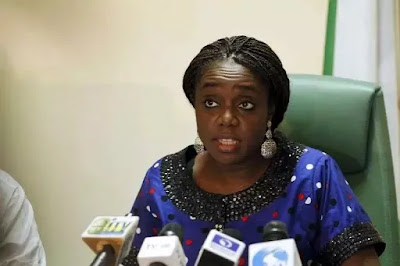 A chieftain of the People’s Democratic Party, PDP, in Abia state, Chief Nkemakolam Ogenna, has criticized the federal government’s ban on 50 high profile persons from travelling abroad over corruption cases.

A directive by President Muhammadu Buhari on the full implementation of Executive Order 6 banned 50 politicians from leaving the country.

Ogenna who spoke on Wednesday night accused President Muhammadu Buhari-led federal government of shielding some members of his cabinet linked with corruption cases.

He questioned why the former Secretary to the Government of the Federation, SGF, David Babachir Lawal and former Finance Minister, Kemi Adeosun, both indicted for corrupt practices have not been persecuted, advising the All Progressives Congress-led administration to be cautious in its war against graft.

According to the PDP chieftain, “Whatever that is coming out from APC, as far as I’m concerned is not something to rely on.

“You can see the situation, you are banning people from travelling because they are not APC members or they don’t have any relationship with APC.

“Look at what happened recently. Senator Ademola Adeleke of Osun State had issue of certificate forgery. He was invited by the police, which he honoured.

“Kemi Adeosun, former Minister of Finance had an issue of forging NYSC exemption certificate, but, she was escorted to the airport and she left Nigeria. All the benefits accruable to her, she enjoyed it”.

“I’m not saying everybody is clean, do not be selective. Not because somebody is an APC member, you exonerate the person. That is why people move from PDP to APC because they don’t want to face charges.

Asked to speak on the coming 2019 general election in the country, Ogenna, boasted that his party’s presidential candidate, Atiku Abubakar will defeat the incumbent President, Buhari.

He said that Buhari and his party, the APC, have failed to address the myriad of problems currently facing Nigeria, stressing that Atiku has the capacity to solve the economic and security problems, which had impeded the growth of this country.