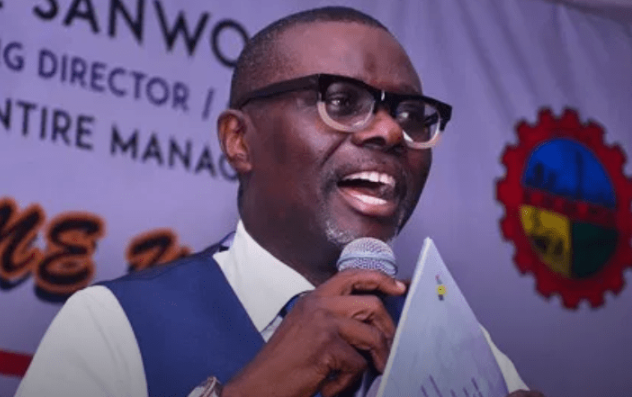 A governorship aspirant of the Peoples Democratic Party (PDP) Mr Jimi Agbaje on Thursday said he believed he would emerge the candidate of the party.

Agbaje, who was the party’s candidate in the 2015 election, is battling for the ticket with Mr Adedeji Doherty.

The winner will slug it out with Babajide Sanwo-Olu of the All Progressives Congress (APC) in the 2019 Lagos governorship election.

No fewer than 2000 delegates from the 20 local government areas are voting in the exercise.

The News Agency of Nigeria (NAN) reports that accreditation and voting which started around 11am was still on-going at 8.20p.m.

“I believe I will win; If I do not have the belief, I would not be running this race,” Agbaje said.

He said he was motivated to seek the number one seat in the state out of the passion to serve.

Agbaje said he believed the country and Lagos could be made better than they were.

“A lot of people look at Lagos like it is the best thing in the world.

“We can be the best in Nigeria, but there is plenty room for improvement.

“I strongly believe that we can make more giant strides,” he said.

The aspirant said that there was the need for leaders to begin to do things right in order to inspire younger generations and leave a lasting legacy.

Agbaje said that the country would be a better place with adequate investment in healthcare, education and in other critical sectors.

The aspirant expressed satisfaction in the conduct of the primary so far, saying he believed it would be a success.

Also speaking, Doherty said the delegate system the party was adopting was preferable to the direct system.

He also expressed satisfaction with the process, saying it was peaceful.

“PDP is a party of the people. We prefer the delegate system to the Option A4.

“Once the process is free and fair, I am one person that will accept the will of the people,” he said.