Another lady has surfaced with rape allegation against Ronaldo – Lawyer 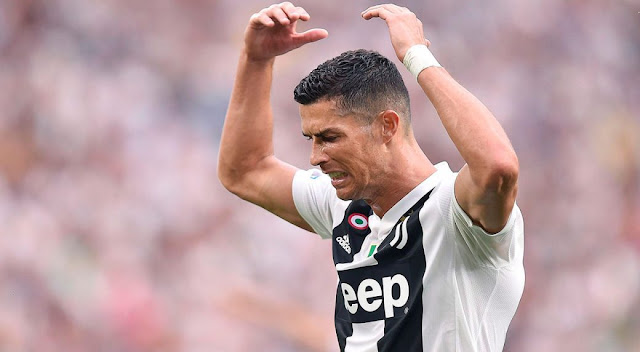 Another woman has come forward with a rape accusation against Juventus superstar Cristiano Ronaldo, according to Leslie Stovall, the lawyer of Ronaldo’s first accuser Kathryn Mayorga.

“I have had a call from a woman who claims to have had a similar experience,” Stovall said, via the Daily Mail.

Stovall reportedly declined to name the woman, but did say he would forward her story to the Las Vegas police, who reopened Mayorga’s case when she came forward with her story last week.

Mayorga went to the Las Vegas police a day later, but said she was hesitant to name Ronaldo in the accusation due to fear of his fame and influence. She also said she received discouraging treatment from the police.

Mayorga said the incident left her with significant emotional trauma, claiming to have since had multiple emotional breakdowns. She eventually opted to request a private settlement from Ronaldo, receiving $375,000 in exchange for a non-disclosure agreement.

That agreement has obviously since been broken.

Mayorga told Der Spiegel she is coming forward now for three reasons: a belief that she can find justice with a new lawsuit, emboldening by the #MeToo movement and a hope that public attention from the case could cause other accusers to come forward.

In addition to Mayorga’s claim against Ronaldo and this new claim, there was also a time in 2005 when Ronaldo was arrested and questioned over allegations that he had raped a woman in a London hotel. That case was eventually abandoned by Scotland Yard due to insufficient evidence.

Ronaldo has denied all accusations, and his lawyers have threatened legal action against Der Spiegel for publishing Mayorga’s claims.

Ronaldo is currently cooperating with the Las Vegas police as it investigates Mayorga’s claim, having been interviewed twice by law enforcement in recent months.

The Portuguese national team opted to leave Ronaldo off its squad in the immediate wake of the Der Spiegel story, though the head of the association did voice his support for Ronaldo, as did Juventus, Ronaldo’s current club.

Less firm in their support for Ronaldo are his sponsors, which include Nike and EA Sports.

Nike released a statement two days ago, saying, “We are deeply concerned by the disturbing allegations and will continue to closely monitor the situation.”