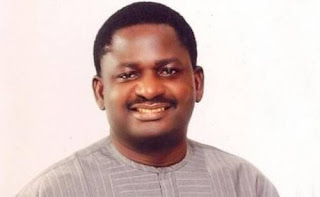 The Special Adviser to the President on Media and Publicity, Mr. Femi Adesina, on Thursday gave an indication that President Muhammadu Buhari will win the 2019 presidential election notwithstanding any gang up against him.

Adesina made his position known in a message posted on his Twitter handle, @FemAdesina.


Although Adesina was not specific on the issue he was reacting to, his comment came shortly after news broke that former President Olusegun Obasanjo has endorsed the Peoples Democratic Party’s presidential candidate, Atiku Abubakar.

Obasanjo had made his position known shortly after meeting Atiku and some eminent Nigerians behind closed-doors.

Recall that the former President had scored Buhari low on governance and called on him not to seek re-election.

Buhari, however, rejected the call, sought and got the nod of the ruling All Progressives Congress for a second term in office.

He was on Saturday affirmed as the candidate of the party at its national convention held in Abuja.