Why we are giving N10,000 collateral free loans - Presidency 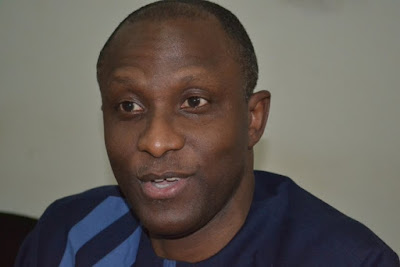 The presidency said yesterday that the President Muhammadu Buhari administration would intensify efforts to empower Nigerians economically, as it continues to launch the TraderMoni N10,000 collateral free loans for petty traders.


The Senior Special Assistant to the President, Office of the Vice- President, Mr. Laolu Akande, gave an update on the microcredit scheme.

To qualify for the TraderMoni scheme, he said no documentation of any kind was required.

Akande spoke against the backdrop of claims about Permanent Voter Card (PVC) being a requirement for the loans.

He said: “The traders are not required to show PVC or any document for that matter. They are only expected to show they are petty traders and this is why the enumeration is done in the markets and wherever the traders ply their trades.”

Akande said those who questioned the timing of the loans have forgotten that the credit scheme is part of the Social Investment Programme of the Buhari presidency, and it began in 2016.

Stressing that the TraderMoni was conceived in 2016, he said: “Must we then suspend the empowerment of the traders just because some people will insinuate motivations?

“The petty traders, whose trades and lives are being positively impacted as they receive the N10,000, are telling a different story from those making political insinuations. And it is their stories that inspire us.

“Nigerians already know that the Buhari administration is one that is projecting the interests of the common man, Nigerians who are at the lower rungs, and this is not a new perception at all,” Akande said.

According to him, the micro-credit scheme has been introduced in the following states: Lagos, Kano, Abia, Akwa Ibom, Katsina, Osun, Kogi and FCT.