Why an electoral official tore result sheet in Osun -INEC 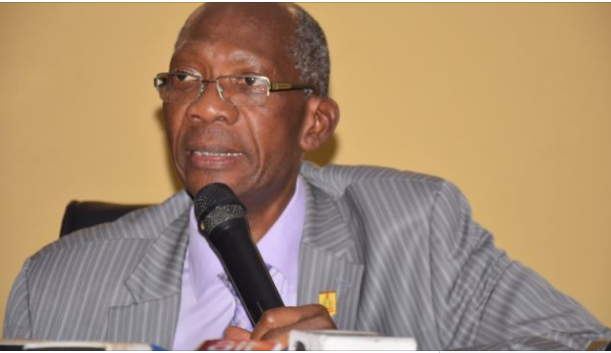 One Mutiu Salawu, an official of the commission, had been assaulted by a mob for allegedly tearing election result at St. Patrick Grammar School, Gbongan.

In a video which went viral, Salawu was heard saying a senior official of the commission asked him to tear the sheet.

This sparked a controversy, while some activists and groups asked INEC to prosecute those involved in the act.

But at a press conference on Tuesday, Agbaje said the sheet which was torn had an erroneous result and that the electoral official was acting on a directive to replace it with the correct one when he was attacked.

He said the local government security chief had informed Aderinoye Olukemi, electoral officer for Ayedaade, of the error on the form pasted at the collation centre and that she handed down the instruction afterwards.

“The Commission wishes to put the record straight in respect of the issues that have gone viral on the conduct of one of our staff, Mutiu Salawu, in Ayedaade LGA on Sunday 23′ September 2018 at the St. Patrick Grammar School Gbongan around 8am after the submission of Results of the Election by the Ayedaade Local Government Collation Officer at the State Collation Centre,” he said.

“The Electoral Officer for Ayedaade LGA Mrs. Aderinoye Olukemi Alice, on the information she received from the Local Government Security Chief (LGSC), that there was an error on the Form EC 60 (E) INEC PUBLICATION OF RESULT OF POLL Poster, pasted at the Local Government Collation Centre i.e St. Patrick Grammar School Gbongan, and after crosschecking the results sheet for the collation EC 8C to confirm the information, called her staff Mutiu Salawu, to remove the pasted EC 60 (E) poster with error and replace it with a correct one.

“Mr. Mutiu Salawu being a dutiful staff went to carry out the lawful instruction of his boss when he was accosted by a mob that rough handled him before they took him to Adelani Rafiu Oyediran Ajanaku’s house along the New Gbongan Osogbo Road. There he was humiliated, harassed and subjected to take manipulated photographs that were sent to various social digital platforms. He was then brought to the INEC State Office where he was harassed by some section of the media.”

Agbaje said the action of Salawu did not affect the result collated at the INEC head office, affirming that Dele Adeleke, agent of the PDP at the state collation center, attested to the fact that the result announced tallied with what he recorded ahead of the announcement.

“Let me at this juncture put the record straight and inform the good people of Osun State and Nigerians, the correct position of the event,” he said.

“The LGA Collation Officer Prof. Adeagbo accepted the fact that there was an error in the EC 60 (E) pasted at the LGA Collation Centre especially the figure (10,836) recorded for PDP on the poster which is different from the actual votes scored (9,836) by the PDP.

“It should be noted that the INEC staff, Salawu, Mutiu Kolawole did not destroy the Result Sheet for the said election for they are intact in the custody of the Commission and copies of same are with agents of the 48 Political Parties that contested the Governorship Election.

“The Commission is displeased with the conduct of a section of the press that repeatedly broadcast the event maliciously without proper investigation to know the true position of things. This attitude has misinformed the public and INEC has been misrepresented in the narrative.”

Agbaje also went into details on the polling units where the rerun election would hold on Thursday.

“In Adereti Village, there was disruption of election by hoodlums who shot sporadically and in the process of scampering for safety, the Presiding Officer misplaced the form EC8A for the PU and all efforts to get it proved abortive,” he said.

“The total number of registered voters in these places is 3,498,” the resident electoral commissioner stated.