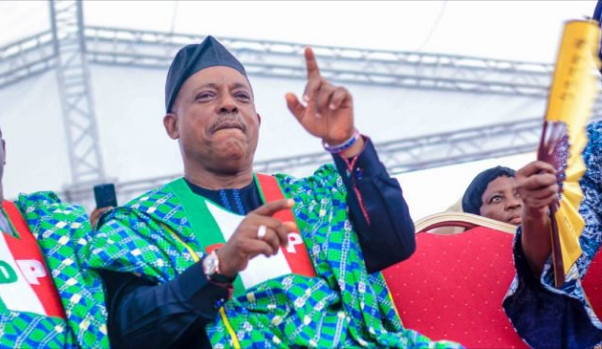 The All Progressives Congress (APC) has cautioned the national chairman of the People’s Democratic Party (PDP), Uche Secondus over his utterances.

The ruling party stated that the leader of the opposition platform has been raising false alarm about Nigeria’s polity.

APC spokesman, Yekini Nabena, in a statement on Tuesday, said Secondus was expected to exhibit the highest sense of patriotism, decency and decorum in public conduct and discourse.

He noted that, “Regrettably, the National Chairman of the Peoples Democratic Party (PDP), Prince Uche Secondus has not lived up to these basic expectations.

“The APC would as a rule ignore irresponsible and baseless utterances and actions as exhibited by the PDP National Chairman, but as we prepare for the forthcoming 2019 General elections, it is necessary we give a word of caution on expected behavior required of all political sides. Prince Secondus is respectfully advised to temper his political language and conduct.

“His unfounded allegation on the inconclusive Osun State governorship election is not expected from such highly-placed party official. Accusing the APC of conspiring with INEC, without proof, is taking mudslinging too far.

“We advise Prince Secondus not to descend to the level unexpected of his office, less he enters the boxing ring with its attendant mud and dirt. His action will only bring him personal attacks, ridicule. A word is enough for the wise!”