Sheriff not a mole in APC - Buhari Support Group 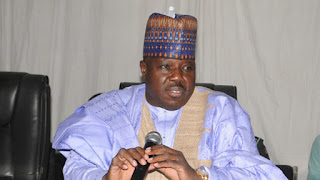 The Presidential Support Group  for Buhari 2019 campaign, says its Chairman, Sen. Ali Modu Sheriff is not a mole planted by the Peoples Democratic Party to scuttle the election of the president in 2019.


Mr Kassim Muhammed Kassim, the group`s Secretary said in a statement made available to the News Agency of Nigeria on Tuesday, that those making the allegation were only being mischievous.

“Sheriff came into APC without any hidden political agenda other than to contribute his quota to the re-election of President Muhammadu Buhari because he identifies with the president’s integrity,’’ Kassim said.

He added that the allegation, credited to a former Commissioner of Information in Borno State, Inuwa Bwala, and published by some online medium was malicious and deceitful, calculated to serve the interest of those working against the President’s re-election.

He challenged Bwala to publish any record to substantiate his allegation, adding that Sheriff’s appointment as PSG chairman was based on his dedication to the re-election of President Buhari.

He added that the PSG had always identified with the president’s integrity and philosophy and therefore working tirelessly for his re-election.

He stressed that the PSG currently facilitates the activities of over 300 pro Buhari groups working for his re-election in 2019.

According to him, Sheriff is presently leading a strategy committee making consultations across the 36 states of the federation on the positive impact of the Buhari administration.

He said the essence was to convince Nigerians to rally round and re-elect the president in 2019.