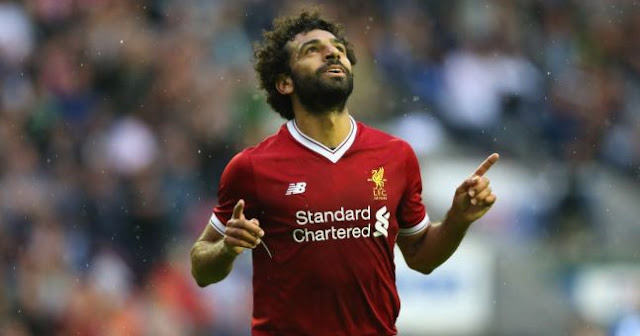 Mohamed Salah has beaten Gareth Bale and Cristiano Ronaldo to the 2018 Puskas Award with his strike against Everton last December.

The FIFA accolade for the Liverpool star came as a surprise to many, with Gareth Bale heavily tipped to win the prize following his acrobatic overhead kick that gave Real Madrid the lead in last season's Champions League final.

The Egyptian also had strong competition from Cristiano Ronaldo for his impressive finish against current club Juventus in April, a goal that was awarded UEFA goal of the season.

In total, there were 10 goals nominated for the award, but Salah’s strike in the Merseyside derby was announced as the winner at a ceremony in London on Monday evening.


The goal saw Salah shrug off two players on the right-hand side of the penalty area before curling in a beautiful effort into the top corner of the net from an improbable angle to give Liverpool a 1-0 lead in their Premier League tie against Everton last year.

The match eventually ended 1-1 with Wayne Rooney equalising from the penalty spot after a controversial decision from referee Craig Pawson.

It was a remarkable debut campaign at Anfield for Salah, who arrived from Roma in June 2017. The 26-year-old netted 44 goals in all competitions for Liverpool last season and was also nominated for the FIFA Best Men’s Player of 2018 award.

The other goals nominated for this year's Puskas award included Benjamin Pavard’s thumping effort in France’s World Cup last 16 clash against Argentina, a strike which went on to be chosen as goal of the tournament.

Salah lost out in FIFA's The Best Men's Player of 2018 award to Real Madrid and Croatia midfielder Luka Modric, with Ronaldo also finishing behind his former club team-mate.