Proper restructuring will be achieved under Buhari -APC


The All Progressives Congress (APC) says restructuring the country will be better achieved under the government of President Muhammadu Buhari. 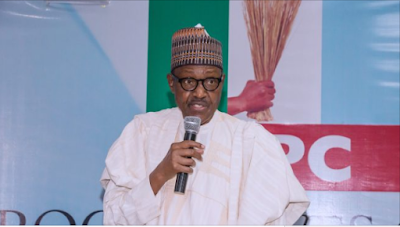 Yekini Nabena, acting spokesman of the APC, said this while reacting to the debate between Vice-President Yemi Osinbajo and former Vice-President Atiku Abubakar.

Nabena said the ruling party believes that good, sincere and purposeful leadership at all levels “will propel the country to its deserved heights”.

“Sincere efforts towards achieving true federalism are more important than politically-exploited populist rhetoric which achieve nothing,” he said in a statement.

“With emphasis on practicability, constitutionality and reality, we are confident that true federalism or restructuring as some will like to call it will be better achieved under the President Buhari-led APC administration.”

Nabena said Nigerians must not surrender to “ethnic champions who promote campaigns to breakup the country into tiny bits or other unrealistic and unpatriotic proposals in the name of restructuring to solve our problems as a country.”

“Osinbajo in his well-articulated response to Atiku, submitted that what Nigeria requires now is not geographic restructuring but good governance, honest management of public resources, deeper fiscal Federalism and a clear vision for development.

“The APC cannot agree more with Prof. Osinbajo. It must be said that the calls for restructuring by many politicians is often time a populist and opportunistic ploy to latch on and politically exploit simplistic public narratives on the panacea to Nigeria’s problems and not necessarily for its realism and practicability.

“Past administrations have splashed billions of public funds to convene several national conferences, subsequently left conference reports to gather dust and achieved nothing. Bad governance, corruption, bigotry and other ills remain the limiting factors that continue to hold the country back.”

According to him, a well-articulated roadmap to ensure a “well secured, better governed Nigeria with equitable distribution of resources within the component federating units, is being given serious attention.”

“Recall that the APC set up a committee on true federalism under the chairmanship of the Kaduna state governor, mallam Nasir El-Rufai. The Committee submitted its report to the immediate-past National Working Committee, making its recommendations on twenty four items that Nigerians expressed views to balance our federation.

“A practical approach to implement the committees report is being considered by the federal government.”