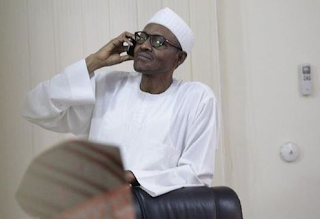 The Presidency yesterday gave a thumbs up for the successful outcome of Friday’s All Progressives Congress (APC) presidential primaries across the country.

It described the primaries as an indication of what to expect in next year’s presidential election.

This is coming as the president received a total of 2,931,235 votes at the party’s presidential primary in the 484 wards of Kano State, according to Governor Abdullahi Umar Ganduje.

President Muhammadu Buhari was the sole aspirant in the primaries and now expects the APC national convention to affirm the result of the primaries.

The President’s Senior Special Assistant on Media and publicity, Garba Shehu, in a statement yesterday, urged politicians to start raising their act by copying the leadership of President Buhari.

He said: “the outcome of the APC, American-style direct presidential primaries on Friday 28th of September 2018, held across the states with president Muhammadu Buhari as the sole aspirant is a major boost to his success at next year’s general election.

“In a more direct way, the huge turnout of millions of registered party members at all voting centres proves that the president has an incomparable ability to reach out to people and mobilise votes.


“It is significant that President Buhari has won a major victory, fair and square through direct nationwide primary, a system that seeks to break the mould.

“The president has shown that you don’t have to be a party owner or go through a difficult inner party consensus to emerge as candidate.

“Beyond this being a victory for the party and the president, it is a message to everyone that development and good governance are more important to our people than divide and rule politics.

“The message in the air from this unique achievement by the APC is that all true democratic parties in the country need to start raising their act by copying the leadership of the president.

“We thank everyone for their role in bringing about this victory.”

Governor Ganduje, who doubled as the chief returning officer for the primary, announced the result late Friday.

He asked party leaders across the state to maintain the tempo as the nation moves closer to 2019.

Buhari, who is the sole contestant for the APC presidential ticket, also polled 802,819 votes in Katsina, his home state.

A total of 813,877 party members were accredited for the primary.

Announcing the result of the election on Friday night at the party’s secretariat in Katsina, Governor Aminu Bello Masari said: “a total of 926,285 voters were registered. Those that were accredited to vote were 813,877. Those who cast their votes were 802,819. The winner of the exercise in Katsina is Muhammadu Buhari.”

The former Sokoto State governor commended party members for the peaceful conduct of the exercise.

From Zamfara State came 247,847 votes representing 98 percent of the total number of registered APC members in the State.

He hailed members for conducting themselves peacefully and hoped that subsequent primaries of the party would also be violence free.

The choice of Buhari by APC members was similarly unanimous across the 21 local government areas in Anambra State.

The party went for option A4 with members queuing behind Buhari’s portrait to indicate their preference.

Buhari got the backing of 697,532 party members in Imo State, according to details of the result announced by the Returning Officer, Chief Charles Amadi, in Owerri.

Governor Rochas Okorocha told APC members at the end of voting that the large turnout was a testimony to the popularity of the party and Buhari in Imo and the Southeast.

A total of 263, 945 votes were recorded in his favour in Adamawa State.