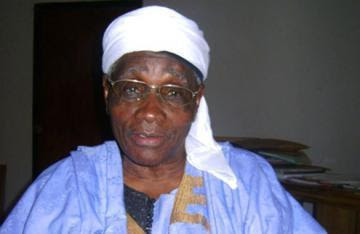 The spokesman for the Northern Elders Forum, Prof Ango Abdullahi, on Thursday, said the major problems facing Nigeria’s democracy were the politicians, the press, the judiciary and voters.

Abdullahi, who spoke at the Newsmaker Lecture organised by the Federal Radio Corporation of Nigeria’s chapter of the Nigeria Union of Journalists in Ibadan, said the leaders should be held responsible if any nation failed.

He argued that the late nationalists, Chief Obafemi Awolowo, Nnamdi Azikiwe and Ahmadu Bello, worked sincerely for Nigeria to prosper as a nation despite coming from different historical backgrounds.

He also wondered why many politicians were spending so much money ahead of the 2019 general elections, stressing that a honest politician only had to prove his capacity to the voters instead of spending money.

He said, “The first set of people responsible for our failure are the politicians. The second group is the press while the judiciary comes third. The voters come last in that order. On my way from Abeokuta today (Thursday), I cannot remember the number of billboards of politicians that I counted on the way. They are all coming out for the 2019 elections. They litter the place with billboards.

“Why do they want to be governors and senators? If you want to be Oyo State governor, you persuade the people and tell them why they should vote you. Your billboard will not speak to them unless they want to see your beautiful picture. If someone wants to be my president, I should worry about why he wants to be the president.

“The cost of forms is too much. Unless you run a charity and not an investor, you don’t spend so much money (to buy forms). We have records to show that people who won election as governors or senators spent as much as N1bn on the election. They cannot deny it. Why are you spending N1bn to be governor? We need to educate the people so that they will know why these politicians are rushing to be there.

“I am happy to say that I studied free to the university level abroad and that money came from groundnut and cotton. We have to really examine ourselves. Nigeria is lucky not to have natural disaster but our own disaster is in leadership. If you have a broken family, question the head. If there is a country that is not working, question the leadership.”

Abdullahi said he spent Wednesday night with former President Olusegun Obasanjo and that earlier, he had met with the leaders of Afenifere. He said Nigerians would benefit from the consultation he was making a round the country ahead of 2019 elections. He said that the North needed restructuring more than any part of the country.

He said, “Lack of communication between different parts of Nigeria is arising from the elite class. They are the real failure of today’s Nigeria. If we could sit and tell ourselves the truth about what is wrong, we should be able to work things out.

“If you approach it from the point of view that you are right and every other person is wrong, then you are not engaging in honest and objective discussion. We have agreed to engage in serious dialogue in terms of what type of restructuring this country requires. When we do, we hope we will find a platform where we will implement it,” he added.