Police grill Femi Fani-Kayode for 2 hours, release him on bail 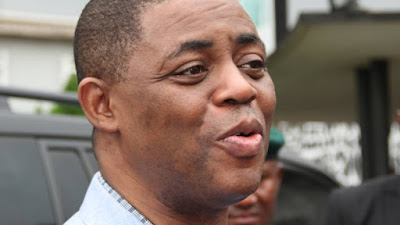 Ex-Aviation Minister, Chief Femi Fani-Kayode, who honoured the in Police to answer questions in published, was yesterday released on bail by the Inspector General of Police Monitoring unit after two hours of interrogation.


Sources at the Police headquarters told newsmen that Chief Fani-Kayode was invited for questioning following a petition submitted to the Inspector General of Police, Ibrahim Idris by an individual, whose identity was kept secret.

The source disclosed that contrary to the belief in some quarters, the Police invitation had nothing to do with the government or witch-hunting, adding that all actions relating to the invitation and interaction were done in accordance with the rule of law. The source said that following a request by Chief Fani-Kayode, the former minister will reappear before the IGP Monitoring unit on the 11th of September, (next week Tuesday) for “more discussions.”

The source said: “He was with his team of lawyers and the police had no objections because that is his right. They were there with him all through the time he was with the CP in charge monitoring unit, CP Habu Sani.” The former minister arrived the Force Headquarters at about 12:15pm and headed straight to the monitoring unit. He surfaced at about 2:05pm after almost 2 hours chatting with the CP.