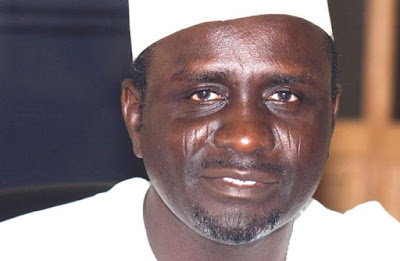 The national leadership of the People’s Democratic Party (PDP) has resolved to expand the Kano State Caretaker Committee to accommodate all interests in line with its adherence to the principles of all-inclusiveness.


The party had, on Friday, dissolved the executive committee of the Kano chapter and set up a caretaker committee to run the affairs of the chapter.
The action was perceived as tilting the balance in favour of immediate past governor of the state, Senator Rabiu Kwankwaso who in July, dumped the ruling All Progressives Congress (APC) for the PDP.

Apparently piqued by the action of the party’s leadership, another former governor of the state, Ibrahim Shekarau had threatened to defect from the PDP, as the party structure in the state was removed from his loyalists.

However, in a deft move to avert Shekarau’s defection, the PDP Tuesday quickly reversed some of its decisions concerning the chapter.

Shekarau and Kwankwaso are both presidential aspirants of the PDP.

In a statement by its spokesman, Kola Ologbondiyan, the PDP said it’s open to opinions and suggestions from stakeholders in ensuring reconciliation and accommodation for all interests within its fold in the state, “so as to ensure good governance to the people of the state”.

The statement said, “The National Working Committee (NWC) assures that no stone will be left unturned in the overall quest to bring good governance to Kano state, while putting in place machinery to hedge the infiltration of fifth columnists into the party’s fold in the state.

“The party leadership further assures of its preparedness to engage with all stakeholders in Kano provided all matters in court against the party are withdrawn, as all members work together to build a united PDP that can confront and send out incompetent and insensitive people in governance in Kano state and Nigeria at large.

“Furthermore, the NWC urges all stakeholders to always emulate our members in Benue state in the way and manner they united to resolve all issues concerning party structures of their state”.