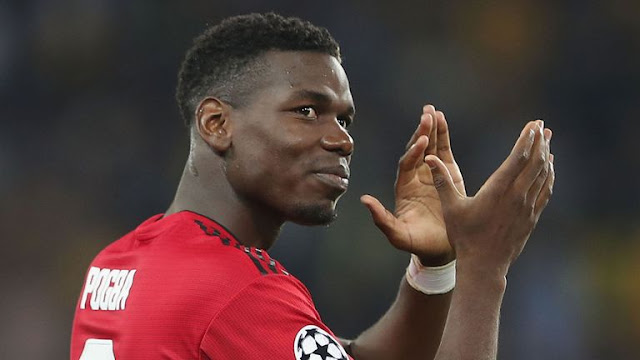 Manchester United manager Jose Mourinho has told Paul Pogba he will not captain the club again because of concerns about the midfielder's attitude.


Pogba was told of the decision before Tuesday's Carabao Cup tie with Derby.

Mourinho has attempted to underline his authority after an error by Pogba led to Wolves' equaliser at Old Trafford on Saturday and the player's subsequent comments criticising United's tactics.

Pogba, 25, tried to play down his comments in a tweet on Monday.

In his programme notes for Tuesday's game with Derby, Mourinho said he was unhappy with some members of his squad.

"Every team that play Manchester United are playing the game of their lives, and we need to match that level of aggression, motivation and desire - 95% isn't enough when others give 101%."

Pogba was not named in the match-day squad, with Ashley Young captaining the side.

Following last Saturday's 1-1 draw, Pogba said the wanted the team to be able to "attack, attack, attack" at Old Trafford.

"We are at home and we should play much better against Wolves. We are here to attack," said the France World Cup winner.

Pogba - who rejoined the club from Juventus for a then world record £89m in 2016 - fell out of favour at United last season and suggested he was dissatisfied with life at Old Trafford.

France boss Didier Deschamps recently said the perception of Pogba as "individualistic" was inaccurate, and that his midfielder was misunderstood by fans and the media.

It has been obvious for a while that Paul Pogba does not see eye-to-eye with the man responsible for paying a club record £89m to sign him from Juventus. It has also been clear for a while that Barcelona are keen on him.

But the big question is, which one of them will go through it?

Letting Pogba go would be viewed as a monumental failure for Mourinho and executive vice-chairman Ed Woodward given it is only a few months since the player impressed as France won the World Cup.

The alternative is to stick with him, but that would almost certainly mean Mourinho's position had become untenable given he was also blocked from signing the players he wanted in the summer.