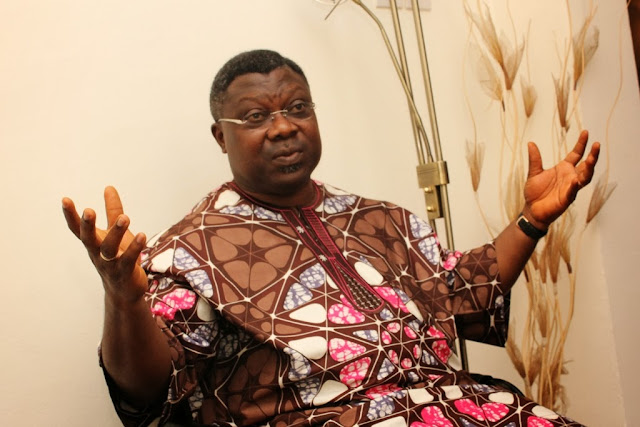 The election was declared inconclusive by the Independent National Electoral Commission on Sunday because, according to the commission, the difference between the votes scored by the two leading parties, the PDP and the All Progressives Congress, was lower than the number of votes cancelled. After the collation of all the results from the 30 council areas of the state, Adeleke of the PDP had 254,698 while the candidate of APC, Gboyega Oyetola, polled 254,345.

Omisore became a bride to the two parties because most of the polling units fall within his stronghold. Omisore’s father, Oba David Omisore, is the ruler of the Garage Olode, a town in Ife -South, where elections in two units were cancelled.

Speaking during the visit of a PDP presidential aspirant, Senator Bukola Saraki, to his home in Ile-Ife on Monday, Omisore, who also dumped the PDP after a disagreement over the party’s primary, said as a stakeholder in the state, he was always after a people-centred government.

Omisore said, “I have given my programmes to both the APC and the PDP. My programme is like this; payment of salaries and pensions. Good governance is what is important to me.

“Anyone between the two that will do that will get my support. I am passionate about Osun State and my interest is the welfare of the people of this state. I have told those sent to me. At the appropriate time, we will tell you where we are going.”

Meanwhile, Saraki, who is also the Senate President, told journalists after his meeting with Omisore that he (Omisore) had agreed in principle to support the PDP in the rerun of the election on Thursday.

“I was hard on INEC because it declared the Osun poll inconclusive after doing a good job. The issue of vote-buying was on the front burner but that was reduced to the minimum as against what we witnessed during the Ekiti poll. At the end of the day, the poll was again declared inconclusive. That sort of took away all the commendations that should have gone the way of INEC.”

Akinbade left the PDP after a disagreement over the party’s governorship primary and defected to the ADC where he was handed the governorship ticket to contest in the election.

Asked if he had regret leaving the party especially when his over 7,000 votes would have been enough to win the election for the PDP, Akinbade said he had no regret, adding that Adeleke was lucky to still be in the race after he (Akinbade)and Iyiola Omisore left to join other parties. He, however, said he did not play the spoiler for Adeleke and the PDP and that it was time to help the party secure the victory on Thursday, having gone this far.

Akinbade said, “The election has come and gone but unfortunately, there is no winner yet; so, all of us that took part in the election are still in it even though the contest is narrowed down to two candidates. On Thursday, one of them must emerge through rerun.

“I have no regret not being one of the two or taking part in the election. The electorate must be respected; I cannot impose myself on them. I was in the PDP but due to differences, I left to contest in the ADC. Omisore also left to contest in the Social Democratic Party. As it is, the PDP was lucky to remain in the race. It is a lot of achievement despite all odds.”