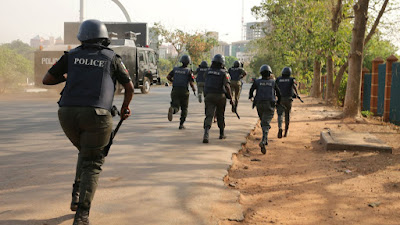 The police has said it has uncovered plots by some highly placed politicians in Osun State to scuttle today’s supplementary election in the state.

Addressing newsmen at Osun Police Command headquarters in Osogbo, yesterday, the Deputy Inspector General of Police, DIG, Joshak Habila, said intelligence report has shown that some people were planning to disrupt the election.

Habila, who is a Deputy Inspector-General of Police, Department of Operations , said, “We have an intelligence report that there is a grand plan to turn the election gruesomely violent and deadly by arming thugs to unleash mayhem at polling centres.

”As law enforcement agencies, the Police and other security agencies would not permit the breakdown of law and order.

“Those of them preparing for ‘fire-for-fire’ must be ready to bear the consequences of their actions, which are designed to undermine this particular democratic process.

“It should be noted that the Nigeria Police Force will remain proactive and would not rest on its oars in its task to decode the identities of those democratic enemies.’’